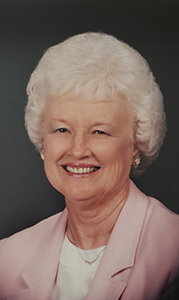 Elizabeth was the widow of Ollie Burton Davis Jr., Dennis M. Coleman and Edward Milton Skelton. She was predeceased by a daughter, Kim Powers; and son, Keith Davis.

Elizabeth attended Suffolk High School in Suffolk. Years later, she took college courses in Richmond to become a certified medical assistant, and she spent many years working for an OB-GYN practice until her retirement. She was an active member of North Run Baptist Church. Her last years were spent at an assisted living facility in Suffolk, where she enjoyed her “beautiful room with a view” and her book collection.

The family would like to thank the staff at Nansemond Pointe Assisted Living for their tremendous support and loving care provided to Elizabeth during her stay. You are truly angels and have been heroic during these past several weeks.

A private burial will be held Wednesday, April 22, at Dale Memorial Park, Chesterfield. In lieu of flowers, the family requests that donations be made to the Food Bank of Virginia.