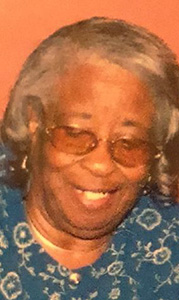 Mrs. Annie, as many called her, was a tireless servant of the Lord, being a faithful member of New Mount Joy C.O.G.I.C. under the leadership of Elder W.P. Wiggins, working in the kitchen during and after service, making those famous chicken sandwiches alongside Sis. Ethel Jackson (RIP) and Sis. Susie Jackson (RIP). Her faithfulness didn’t stop spiritually. She was faithful to her careers as well, beginning her journey at The Butterdish in Suffolk before accepting a position at Greenbriar Nursery, then went on to capture her historic journey at TRT. Nannie was proud that she had become the first black female driver in Suffolk, getting recognition from then Executive Director James C. Echols. Mrs. Annie was elected for the Saratoga route in Suffolk, later transferring to Portsmouth for the Cavalier Manor route. Upon retiring, her days of driving and being driven did not stop. She worked part-time for SEVAMP, as she had a genuine fulfillment of joy helping others.

She, Mrs. Annie, was just a nobody, trying to tell everybody, about somebody, …….. I know you all sung or hummed along, because see, even in her death, she doesn’t meet a stranger and had a way of bringing it all together. My Nannie was a lady by all standards of the word. Respected, poised, elegant, full of love, light, life and God’s words, even up until the end. She did it her way, and let God have His way. Her name will forever live on, on those same principles and values she lived by.

The family would like to thank Heartland Hospice, Lovin Care Home Health, Jen-Care Portsmouth Dr. Simms, and “Nurse D,” as Nannie called her.

Viewing for Mrs. Wiggins is scheduled from 5 to 7 p.m. Friday, May 1, 2020, at Crocker Funeral Home, 900 E. Washington St., Suffolk, VA 23434 and from 10 a.m. to noon Saturday, May 2, 2020, at Living Waters Redeemed Apostolic Church of Christ, 617 48th St., Newport News, VA 23607. Service and interment will be private. It is the desire of the Wiggins family that you keep them in your thoughts and prayers. In lieu of flowers, please donate to US4US, Cash App $US4USDONATIONS. The family of Mrs. Annie Bell Jones Wiggins has entrusted her final care to the staff of C.C. Carter Funeral Home Inc.