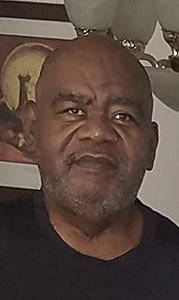 Joseph Littlejohn Broughton, a native of Suffolk, passed away on April 15, 2020.

Joseph was a 1976 graduate of Suffolk High School and went on to graduate from Norfolk State University with a Bachelor of Science degree in English. During his early years, Joseph attended Metropolitan Baptist Church. Joseph was employed by Verizon for many years before his retirement.

His final arrangements will be handled by Crocker Funeral Home of Suffolk.