FedEx Ground-ed? Deliveries not getting to destinations 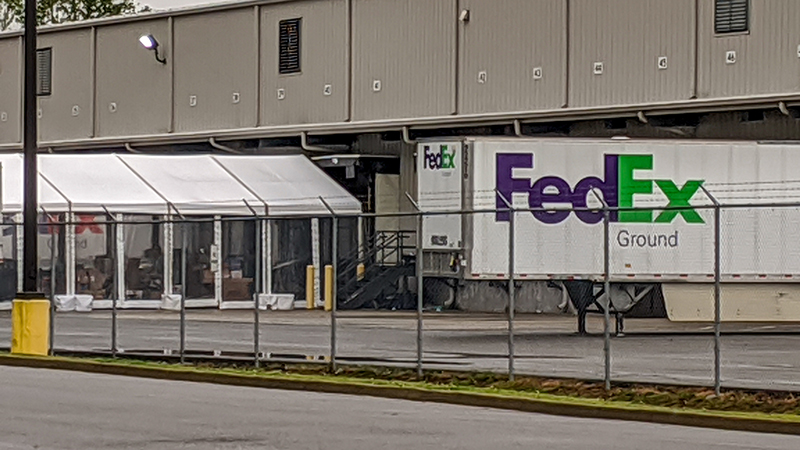 FedEx Ground deliveries in Suffolk and Hampton Roads have been delayed by weeks, and sometimes months, by a bevy of issues – company officials cite increased online purchasing due to COVID-19, while others said the issues predate the pandemic.

Your guess is as good as his when it comes to whether Tidewater Tire Center owner Tim Drames will get his FedEx Ground deliveries to his Suffolk business on North Main Street, or when those shipments will arrive.

And that’s not good for a family-run business that has staked a reputation on doing quality, reliable work in a timely manner. Drames said some customers have been understanding about the situation; others have not been as kind.

Drames estimated that he’s spent about $4,000 on orders for his business and another $1,000 on personal orders that he hasn’t received since April 22 from FedEx Ground, which uses independent contractors to deliver goods to Suffolk addresses and the Hampton Roads region from its warehouse in Hampton off of Floyd Thompson Boulevard.

After hours waiting for the phone to ring and speaking with representatives at FedEx, no one from either the company’s corporate office or its Hampton warehouse has given him answers.

Drames said he spoke with another person with FedEx Air who told him that more than 40 people had either quit or were fired at the Hampton warehouse.

The Express driver also said at least some of the backlog of undelivered packages at the Hampton warehouse predates the coronavirus pandemic.

A FedEx Ground spokesman, in a statement, admitted to challenges in delivering packages to addresses in Suffolk and the Hampton region.

“FedEx Ground is experiencing a surge of package volume due to e-commerce growth during the current pandemic, while navigating associated business closures and other constraints that have impacted operations in the Hampton, Virginia area,” said FedEx Ground spokesman David Westrick in a statement. “We offer our sincerest apologies for any inconvenience caused by recent service delays and appreciate our customers’ patience as we work with our service providers to implement contingency plans designed to restore service levels.”

Westrick said people who have concerns about their shipments should visit fedex.com for more information or call the FedEx customer service number at 1-800-GoFedEx.

Alan Miles had ordered a pair of bicycles from Walmart.com about two weeks ago and received notice at the time that they would be shipped by FedEx Ground to his home on White Marsh Road with two-day delivery.

Shortly after, he said his wife received another notice from Walmart letting them know the bicycles wouldn’t arrive until May 4.

Again, that was fine with them, Miles said. They weren’t in a rush to receive the bicycles, especially since they were non-essential items.

However, he and his wife subsequently got emails saying their bicycles would be delivered “the next day.”

Those next days came and went without bicycles, so Miles called FedEx’s 800 number, and when he spoke to someone, again, he was told the bicycles were at the Hampton FedEx Ground warehouse and they would arrive the next day.

“I called them two or three times, and they kept on telling me the same thing,” Miles said.

When Miles’ bicycles still did not arrive, his daughter reached out to a friend who worked for FedEx Ground to get the phone number for the Hampton warehouse.

Miles said someone in Hampton returned his call, but didn’t have any better news for him.

Miles was told his bicycles were still on a truck, and that they didn’t know when the truck would be unloaded.

Once more, he called FedEx’s 800 number, and once again, he was told he would have his bicycles the next day. His wife called Walmart to try and cancel the order. However, Miles said she was told that wasn’t possible because the item had been shipped, and gave her another date by which they would be delivered.

He’s reached out to FedEx on several occasions — to the corporate office and to the warehouse where the bicycles are in Hampton — and still has no indication when he may get the bicycles.

“It’s frustrating. … It could be a month or more before we get the stuff,” Miles said. “It went from two-day shipping, to three weeks, and then it’ll be here Saturday, it’ll be here Monday, then Tuesday.”

Others from Suffolk on social media have shared his frustration with not getting items they ordered weeks ago, but like Miles, have not gotten a response or their packages. One person shared a video of the Hampton FedEx warehouse where packages were sitting outside earlier this week. By Thursday evening, the packages were still visible outside, but with a canopy over top of them.

However, Drames said he did receive a FedEx Ground delivery Tuesday.

That didn’t give Drames any reassurance when or if he would get the other 10 items he was waiting for from FedEx Ground.

“The only answer I keep getting,” Drames said, “is you’ll basically get it when you get it.”