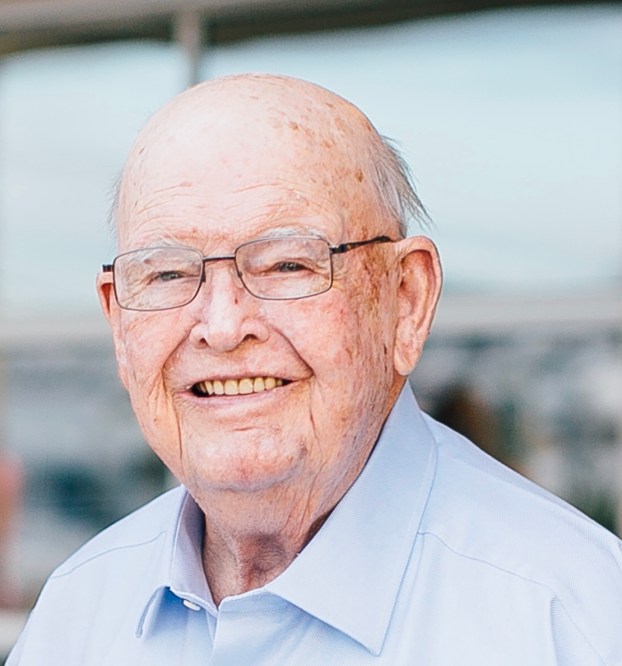 William Earl “Billy Earl” Russell Jr. passed away on May 6, 2020. He was born on September 23,1935 in Suffolk, Virginia. He was the son of William Earl Russell Sr. and Kate Forehand Russell. He was predeceased by his parents, his wife, Nancy Freeman Russell, and his brother James “Jimmy” Forehand Russell Sr. Billy Earl was affectionately known to his friends as “Luck.”

Billy Earl was a proud Eagle Scout of the Boy Scouts of America. He was an outstanding football player and team captain for the Suffolk High School Red Raiders. He attended Virginia Military Institute and The College of William & Mary and was a proud member of the Kappa Alpha fraternity. Billy Earl was married to his college sweetheart, Nancy Freeman, from 1960 until her death on Nov. 22, 1999. Together they returned from William & Mary to start their family and careers in Suffolk, where he was a lifelong resident.

Billy Earl was an avid golfer and loved playing cards and going fishing. He enjoyed a lifetime of camaraderie and friendship at the Suffolk Elks Lodge, Suffolk Golf Course, Cypress Cove and the Elizabeth Manor Country Clubs. He served as president of the Suffolk Charitable Association and later was honored with an honorary lifetime membership to the Suffolk Golf Association in 2018.

Beginning with his childhood, to later raising a family and becoming a grandparent and great-grandparent, Billy Earl’s life was rich with family and fond memories. He enjoyed his time, birthdays and vacations with the family as well as the Russell Family Thanksgiving and Christmas gatherings. He was especially proud of the personal, professional, academic and athletic achievements of his children and grandchildren. His affection for his grandchildren combined with his grandchildren’s participation in various activities brought him much joy and pride.

A private family ceremony will be held at St. Paul’s Episcopal Church Columbarium, where Billy Earl was a member. Due to the pandemic, a memorial service will take place on a later date. Parr Funeral Home is handling the arrangements and condolences may be expressed by visiting www.parrfuneralhome.com.

In lieu of flowers, memorial gifts may be made to Nansemond-Suffolk Academy, in care of the Nancy Freeman Russell Scholarship Fund, 3373 Pruden Blvd., Suffolk, VA 23434.

Shirley Parker Bryant, 80, passed away May 5, 2020. The family requested that in lieu of flowers, memorial donations be... read more