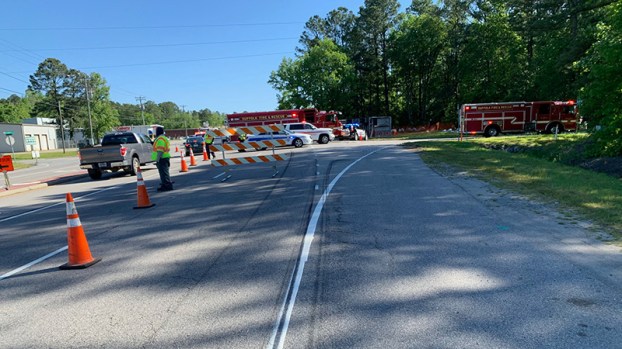 A hog truck overturned Saturday morning near the intersection of Carolina and Airport roads. (City of Suffolk photo)

Carolina Road has reopened in both directions after being closed for about six hours due to an overturned hog truck.

The single-vehicle crash happened about 8:16 a.m. Saturday, according to a city press release. It happened in the 1300 block of Carolina Road near Airport Road.

The truck was carrying about 180 hogs.

Both northbound and southbound Carolina Road were closed between Turlington Road and Airport Road.

Suffolk Animal Control and Suffolk Public Works were on scene as well as Suffolk Police and Suffolk Fire & Rescue.

It was the kind of place a boy could take his girl, and, more than 50 years later, the same... read more