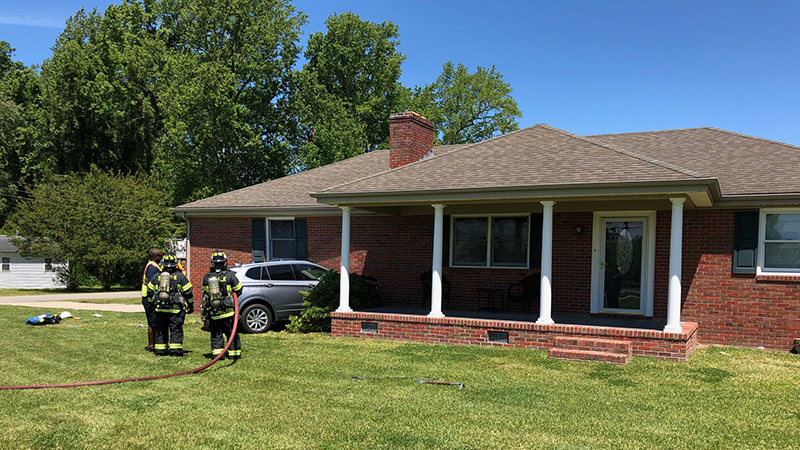 Suffolk Fire & Rescue responds to a vehicle that crashed into a vehicle Sunday morning. (City of Suffolk Photo)

A car struck a house in the 3500 block of Bridge Road near Walden Road on Sunday morning.

Suffolk Police and Suffolk Fire & Rescue responded to the scene at 11:40 a.m., according to a city press release.

The driver of the vehicle was transported via ground ambulance to an area hospital following medical assessment and treatment by Suffolk Fire & Rescue personnel, the press release stated. The three other occupants of the vehicle were not injured.