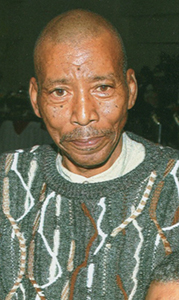 Robert got the name “Sea Biscuit” by playing baseball and would run over, around and through anything to catch that ball. He took great pride in not missing that ball for Coach Ricks. Same as playing ball, Robert took some falls, got scares from running his path and never seemed to take the easy way out of life. Robert is now running into home base with a huge smile and arms waving in the air saying “I made it!”

Now rest Robert, your ninth inning is over.