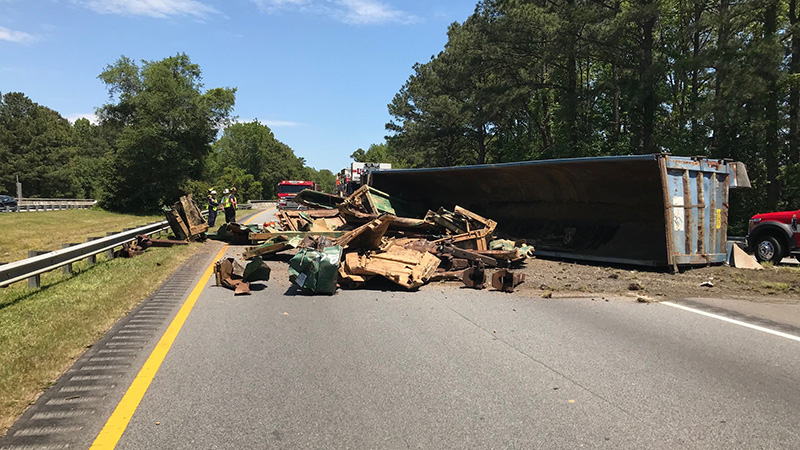 An overturned tractor-trailer has blocked Route 58 eastbound at Route 460. (City of Suffolk photo)

Earlier: An overturned tractor-trailer has closed Route 58 eastbound at Route 460, according to a city press release.

Suffolk Police and Suffolk Fire & Rescue are on the scene. The single-vehicle accident was reported at 12:55 p.m. Wednesday.

Suffolk Fire & Rescue crews had to extricate the driver, an adult male. He received treatment for injuries not considered life-threatening.

The tractor-trailer lost its load of scrap metal in the roadway. The affected portion of the roadway is expected to remain closed for several hours as the debris is removed from the roadway and the truck is turned upright.

Public Works is setting up multiple detours in the area.