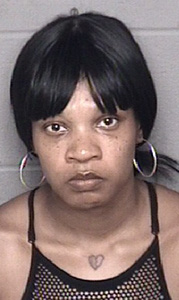 Suffolk Police arrested a woman after an investigation into an abduction and kidnapping incident that occurred on Friday.

The incident happened about 10:07 a.m. Friday. A woman called police to report she was told by the father of a male juvenile that another woman, known to them, had just abducted the child and was walking in the area of the 100 block of South Fourth Street, according to a city press release.

The child was not injured, and the officer did not require medical treatment.

Shelia Shakera Scott, 27, is charged with abduction and kidnapping, assault and battery of a police officer or firefighter, and public intoxication. She is being held at Western Tidewater Regional Jail.

The investigation remains ongoing, and additional charges may be filed.