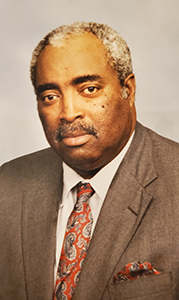 Clarence S. West Sr., was called home to be with the Lord on Sunday, May 24, 2020. He was born on Oct. 3, 1934, to the late Roosevelt West and Lucille Anderson West. He was preceded in death by his sisters, Emily Mae Covington and Rosa Lee Darden; brother, Roosevelt West Jr.; and son, Ramon N. West.

Clarence retired from the Norfolk Naval Supply Center after 34 years. He dutifully served his country in the U.S. Army and the Army Reserves. After his retirement, he worked at Project SHARE for several years. He volunteered his time with Partners in Education, Meals on Wheels, and tutoring youth. He served his community as president of the John F. Kennedy High School P.T.A., and Booster Club Chairman. He was also a lifetime member of the NAACP.

Clarence gave his life to Christ at an early age and faithfully served the Lord. He began his Christian service as a deacon with First Baptist Church, Pleasant Hill. He later joined East End Baptist Church and was a member for more than 50 years. He served in various positions such as chairman of the Deacon Board and church purchasing agent. He also served with the following ministries: Faith Evangelism Ministry, Voices of Praise and Men of Praise choirs. In affiliation with the Southern Baptist Convention International Mission Board, he along with his wife took evangelism and discipleship very seriously as they traveled to several foreign lands.

In lieu of flowers, the family is requesting donations made to the East End Baptist Church Memorial Fund in memory of Dea. Clarence S. West Sr.