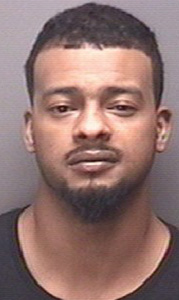 Police are seeking a suspect in a shooting incident that happened early Thursday morning.

The shooting was reported at 2:57 a.m. in the 1000 block of Nansemond Parkway, according to a city press release. Officers learned a 33-year-old Suffolk man had been taken to a hospital by an acquaintance. His gunshot wounds were not considered life-threatening.

Several vehicles, and two apartment buildings at the Heritage Acres complex, were also damaged by gunfire.

Police have warrants against 27-year-old Preston Otis Davis IV, of Suffolk, including reckless handling of a firearm, use or display firearm in commission of a felony, possession of firearm by felon, and two counts of attempt to commit non-capital offense.