No injuries in downtown house fire 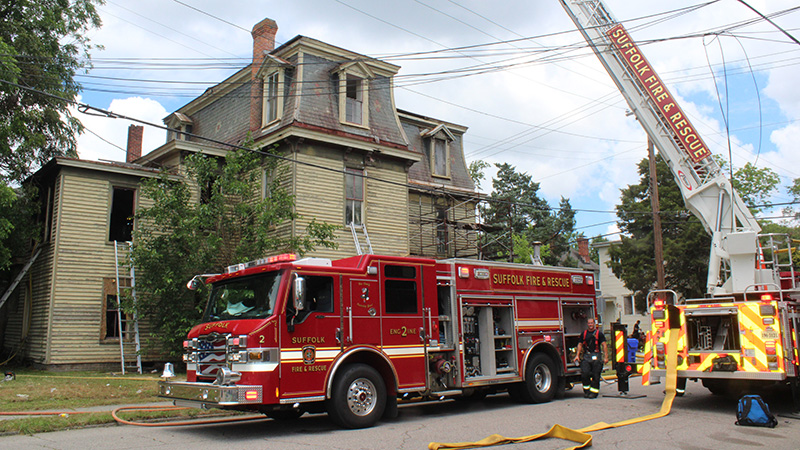 Suffolk firefighters responded to a residential structure fire in the 100 block of Pinner Street on Saturday morning.

The fire was reported at 11:43 a.m., and the first unit entered the structure at 11:47 a.m. The building is currently undergoing renovations and was unoccupied, according to a city press release.

The residence sustained light damage, and there were no injuries. The fire was called under control at 12:17 p.m.

Police provided traffic control in the area, and some streets were closed to allow room for fire apparatus to maneuver.