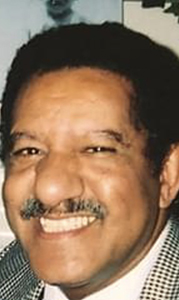 Growing up, LaMont was in the Boy Scouts, and he achieved the highest rank of Eagle Scout.

In July of 1991, LaMont and Constance moved their family to Suffolk, where he built their home on Quaker Drive.

Lamont continued his passion for education with the Virginia Beach School System, where he taught at Bayside High School and then Tallwood High School, where he held the position of department head of Technical Education until his retirement in June 2013.

It was not long before he had that itch to go back into the classroom. He signed up to become a substitute teacher for Suffolk Public Schools until his health started to decline.

Lamont was a die-hard fan of all Philly teams. His passion was with the Eagles. He enjoyed joshing with family and friends while watching his Eagles, and he enjoyed playing fantasy football. He enjoyed writing editorials to various magazines and papers, some of which were published. He was also skilled in the electrical trade. Family and friends often called upon him to fix and give advice on all things that were powered by electricity.

After the passing of his beloved wife, Connie, he decided to move back to Philadelphia to be closer to family, where he was cared for until his final days.

A celebration of life memorial service will be held later in Philadelphia, Pa.

In lieu of flowers, donations in LaMont’s name can be made to United Negro College Fund (UNCF) at uncf.org.

Condolences can be sent to www.slaterfuneralhome.com.