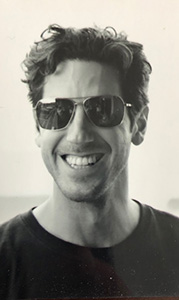 Raised in Suffolk, Nick attended Nansemond-Suffolk Academy and graduated from Lakeland High School. He was employed by W.F. Magann Corporation. Nick started playing the guitar and riding a skateboard at an early age. Both passions he carried into adulthood. He also was an enthusiastic motorcyclist and avid fisherman. He was a beloved son, devoted father and loyal friend.

The family will privately celebrate his life. Memorial donations in memory of Nick may be made to a charity of choice. Condolences can be offered at rwbakerfh.com.