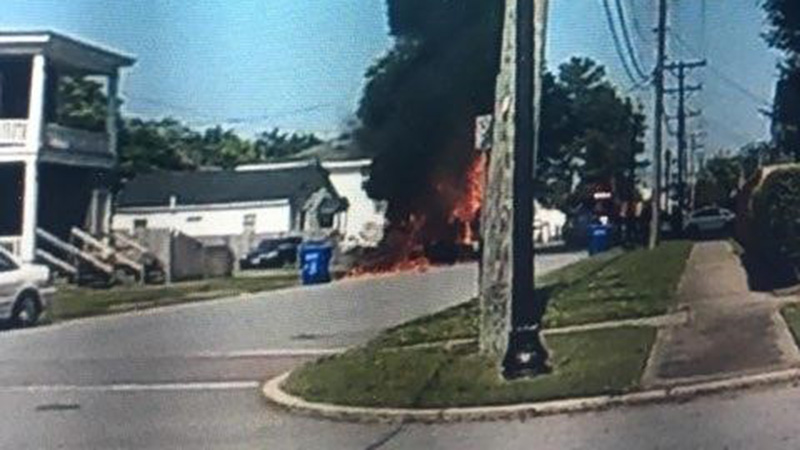 A trash truck was destroyed by fire on Wednesday morning. (City of Suffolk photo)

The fire was reported at 10:24 a.m. near the intersection of Fayette and Cedar streets in the Hall Place neighborhood.

Fire crews found the vehicle heavily engulfed in flames when they arrived. Several storm drains in the area were blocked in order to prevent runoff issues. There were no injuries.

Bar seating out in Phase 3