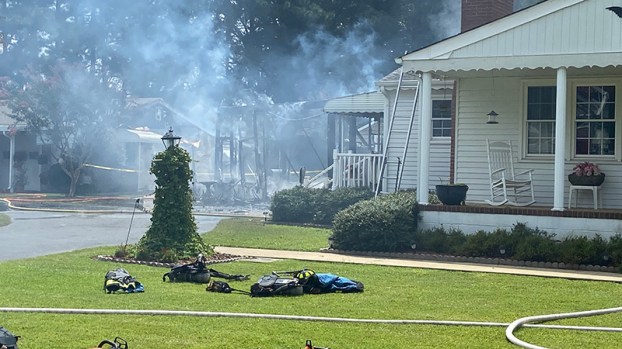 The fire started in a detached garage and progressed to the home. The garage was destroyed, and the home was heavily damaged. The start of the fire is still under investigation.

No injuries were reported, but two adults will be displaced from the home.

Police blocked off a section of Nansemond Parkway and all of Withers Street to allow Engine 3 access to the fire hydrants and other emergency vehicles to move.