Two downtown buildings that were damaged in Tropical Storm Isaias on Aug. 3-4 were demolished recently.

A building in the 300 block of East Washington Street was demolished late last week after storm damage was found several days after the severe weather moved through the area. The road was closed for several days but reopened on Saturday after the building was torn down. 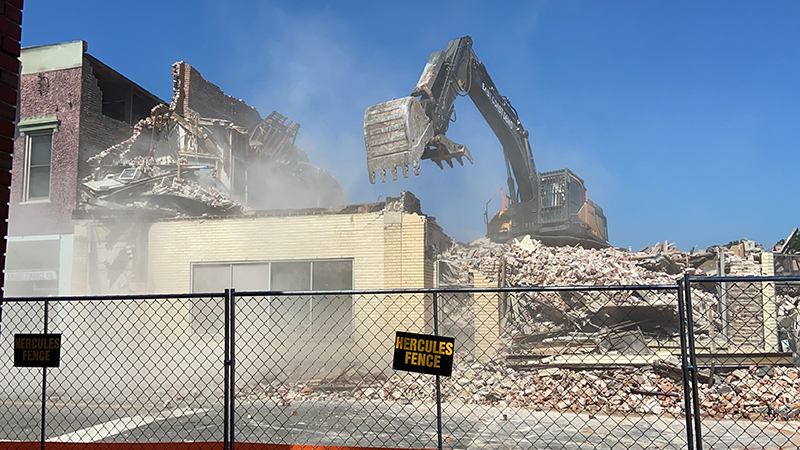 Demolition continued on the corner of Saratoga and West Washington streets on Aug. 25 after tornado damage earlier this month. (Rachel Wartian photo) 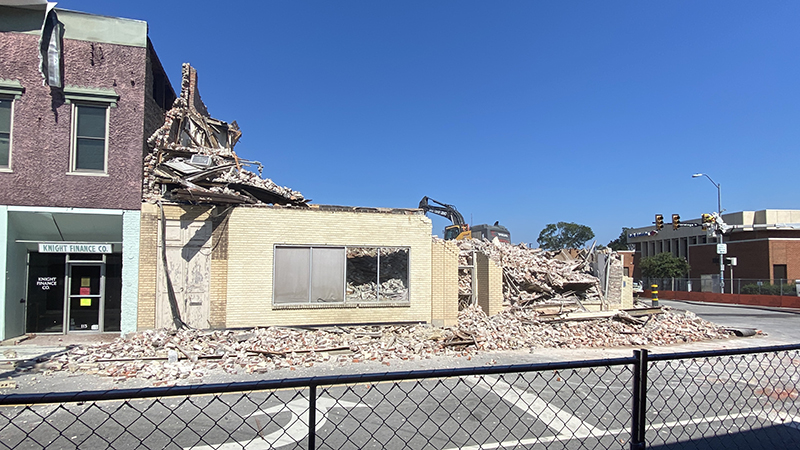 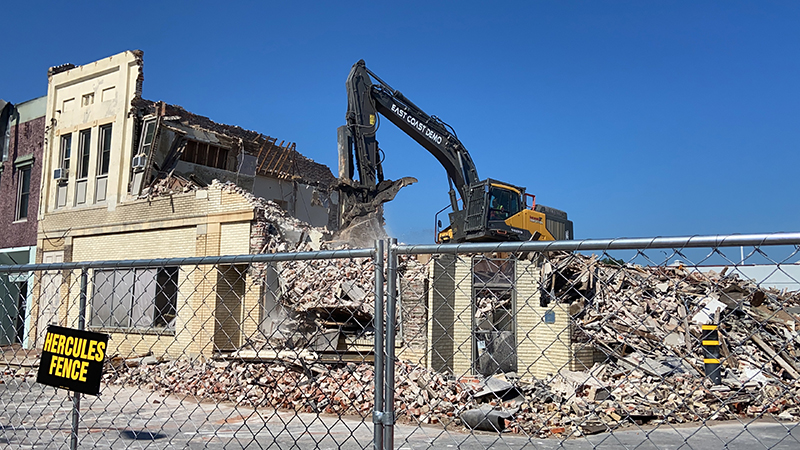 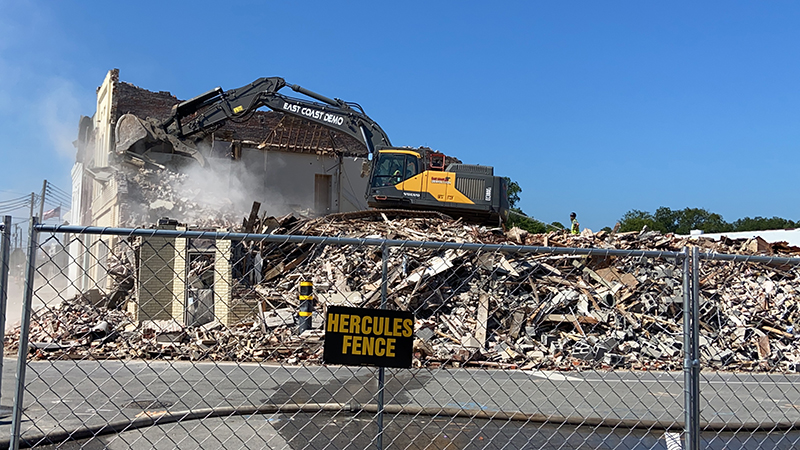 On Monday, crews began tearing down the Knight Finance building at the southwest corner of West Washington and Saratoga streets. It was severely damaged in a tornado spawned by Isaias early on Aug. 4. That intersection and the immediately surrounding area remain closed for an indefinite period of time.

The building was mostly vacant but did have at least one person living in an upstairs apartment at the time of the tornado.

‘Something special’ for former Depot site

While there is still more cleanup to be done at the 975-acre former Nansemond Ordnance Depot Superfund site in North... read more