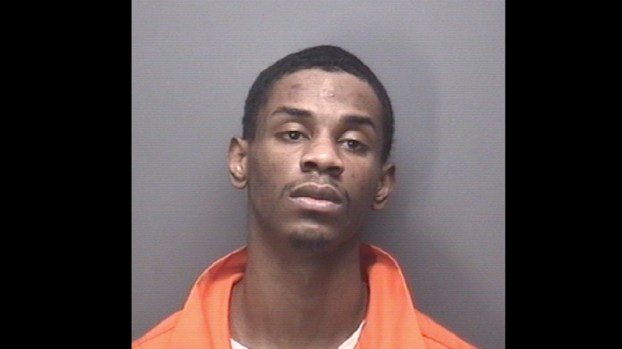 The Suffolk Police Department is investigating two separate shooting incidents where vehicles were struck by gunfire and are seeking the public’s help locating a suspect.

Suffolk Police say Keishon Robinson, 25, of Suffolk, has been identified as a suspect in both incidents and is currently wanted on multiple violent felony charges to include possession of a firearm by a felon, attempted aggravated assault and discharging a firearm at an occupied vehicle. He is said to be operating a white or light-colored Honda sedan, possibly a 2014 model with North Carolina tags.

If any member of the public sees him or knows his whereabouts, please contact police immediately. The city press release stated he is believed to be armed and dangerous.

Anyone with information is asked to contact Suffolk Police or Crime Line at 1-888-LOCK-U-UP. Tipsters can also submit tips by going to www.p3tips.com or by visiting the Suffolk Police Department website at www.suffolkva.us/spd and looking for the Suffolk Crime Line link. Tipsters never have to give their names or appear in court and may be eligible for a reward of up to $1,000.

Area could see remnants of Laura

After two days of heat indices above 100, the area will cool down on Saturday, but not quite the way... read more