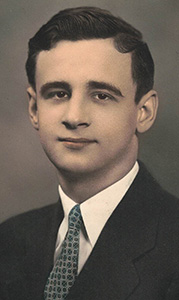 Julien Carlton Picot Jr., 94, passed away Saturday, Aug. 29, 2020. He was the son of the late Julien Carlton and Eulah D. Picot. He was predeceased by his wife of more than 60 years, Sharon Jean C. Picot, and his son, Chip Picot.

Julien was a 1943 graduate of Suffolk High School. He joined and served his country in the U.S. Merchant Marines. He was accepted in University of Richmond after graduating in 1950 with a degree in business administration; drafted in the U.S. Army as Pvt-E-1 upon graduation; transferred to Army Audit Agency in Atlanta, and married the love of his life, Sharon. Julien’s civilian career finally began in Atlanta with U.S. Army Audit and Defense Contract Audit Agency/Resident Auditor at Charlotte Ordnance Missile Plant, Western Electric Complex, Newport News Shipbuilding, and Langley Offices. Retirement came in 1984 with self-employment as a consultant.

Julien is survived his son, Dean Picot (Gina), of Greenville, N.C.; daughter, Renee P. Gilman (Doug) of Midlothian; daughter-in-law, Tracia Howell, of Chuckatuck; seven grandchildren, Tara, Chelsea, Gaby, Chandler, Kristen, Jared and Sharon Marie; and three great-grandchildren, Jacob, Chloe and Chip. Julien loved sports, antiques, researching his ancestry, and would have continued working until the day he died if he had been able. He loved watching his westerns and many old movies. He touched many lives throughout his life.

A graveside service will be held at 1 p.m. Saturday, Sept. 5, at Holly Lawn Cemetery. In lieu of flowers, the family requests that donations be made to the Sharon & Chip Picot Scholarship Fund at the Suffolk Art League, P.O. Box 1086, Suffolk. Condolences may be registered at www.RWBakerFH.com.