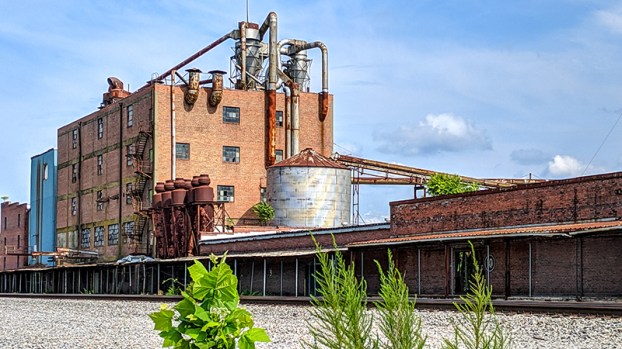 The developer of the Peanut Crossing development on South Saratoga Street could receive up to $280,000 in façade grant money. (File Photo)

The developer of the Peanut Crossing development on South Saratoga Street could receive up to $280,000 in façade grant money after the Economic Development Authority board approved a modification to allow for increased grant awards for the project.

The modification allows for grant awards of up to $20,000 per building in the development, rather than the previous amount of $10,000. Edwin Gaskin, representing Echelon Resources, seeks the money to improve the look of the exterior of 14 buildings on the site while the interior work takes place.

Gaskin refreshed the board on plans for the first phase of the development, which calls for building 56 apartments on the property at 273 S. Saratoga St. Echelon Resources is a historic tax credit, property redevelopment firm.

The EDA board voted unanimously Sept. 9 to approve the façade grant modification.

Gaskin plans for a mix of high-end apartments and businesses on the site, which used to be the site of a downtown peanut processing facility.

He told board members there is an opportunity at the site to create a business park with a mixture of commercial uses in addition to the Phase 1 development. Gaskin said there is about 150,000 square feet of available space in nine non-Phase 1 buildings at the site.

Depending on what kind of commercial businesses come to the site, there could be between $15 million and $25 million in redevelopment investment and about 1,400 full-time equivalent jobs. He previously noted that the city could receive a net 10-year direct revenue benefit of around $1.2 million.

Gaskin said the project would start out being more residential in nature, but hopes future phases will be more commercial in nature.

Economic Development Manager Deanna Holt noted previously that the Downtown Master Plan City Council adopted in June 2018 identified opportunity sites with potential for redevelopment. She said part of the analysis behind the opportunity sites highlighted vacant, privately-owned land where buildings were undervalued, which made the Peanut Crossing site noteworthy and significant to downtown redevelopment.

Gaskin said the grant money would equal about a 10-to-1 match on what Echelon would invest in the project versus what the EDA would provide.

Inspiring children at the Genieve Shelter

A local nonprofit donated two laptops to the children’s center at the Genieve Shelter. The nonprofit organization I.N.S.P.I.R.E.D. made the... read more