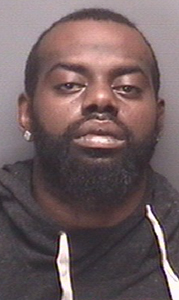 Suffolk Police have arrested a Suffolk man in connection with an early-morning shooting incident on Monday.

Police arrived and spoke with the victim, who indicated their vehicle had been shot by a known offender, according to a city press release. The offender was then located and taken into custody. There were no injuries.

The offender, Jamonte Kawuan Robinson, 27, was arrested and charged with shooting at occupied vehicle, brandishing a firearm, discharge a firearm in public, attempted aggravated assault, assault and battery, shooting in the roadway, and reckless handling of a firearm. Robinson is being held with no bond at Western Tidewater Regional Jail.