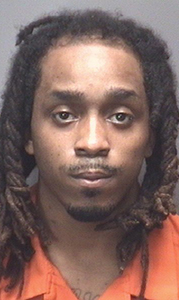 A Suffolk man has been arrested following indictment on multiple charges involving the death of a puppy.

Malcom Justice Jones, 23, was arrested Oct. 6 on charges including maim, kill, or poison animal or fowl, torture dog or cat causing death, animal cruelty, violate protective order (10 counts) and induct others to perjure, according to a city press release.

Some other sources list the spelling of his first name as Malcolm.

The incident occurred during the early morning hours of July 25 in the 6800 block of Crittenden Road, according to the press release. Preliminary investigation found Jones allegedly killed the 2-month-old puppy during a domestic incident with a woman. The puppy was then buried in the yard. A necropsy was later performed to determine the cause of death.

He has a bond hearing and arraignment scheduled for Thursday.