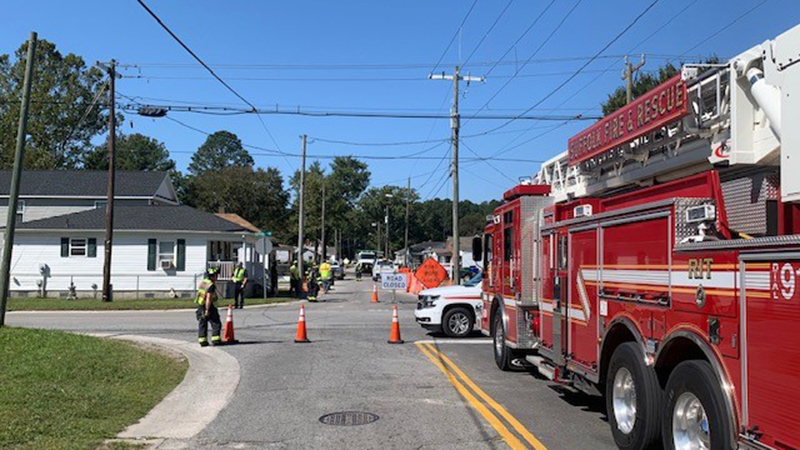 The affected roadway has reopened.

Earlier: Suffolk Fire & Rescue is on the scene of a gas line rupture in the 300 block of Hunter Street in the Pleasant Hill neighborhood.

Emergency Communications was made aware of the incident at 11:25 a.m. Upon preliminary investigation, it was determined that contractors working in the area had ruptured a gas service line. Virginia Natural Gas crews are also on scene.

Occupants in the area have self-evacuated. Crews are evaluating the surrounding area in case additional evacuations are needed. The Suffolk Fire & Rescue Rehab Bus is also on scene in the event it is needed.

Hunter Street is completely closed, and Suffolk Police are providing traffic control in the area.