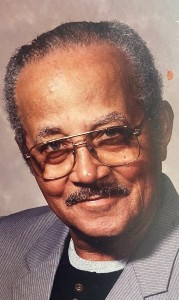 James Twinkler Copeland was born on Dec. 31, 1933, on his family-owned farm in the Little Fork area of Nansemond County. He passed away during the early morning hours of Oct. 11, 2020, in the home of his daughter, Glenda, in Cofield, N.C. James was the fifth of six brothers, born to the marriage of Lee Talmadge and Erma Cross Copeland. A grandson was raised in the home from infancy and was always considered as a seventh brother.

James graduated from the Nansemond County Training School in 1950 at age 16. Despite his mother’s wishes, he chose not to attend college, preferring to remain at home assisting his father on the farm while working on his first job with the Planters Peanut Company. After several years, he left Planters to work for the Newport News Shipbuilding and Dry Dock Company, the shipyard, retiring as a supervising master welder after more than 30 years of service.

In his youth, James, aka “Twink,” was a popular, cool, handsome dude, a sharp dresser who made the girls drool. He was always as “neat as a pin.” In his later years, he kept an extremely neat home and prided himself in the upkeep of his lawn. He was the flashy “Golden Glove” second baseman for the Nansemond/Holland Aces semi-pro baseball team.

James was a popular master barber, learning the skill from his father. For many years, he operated a barbershop in the “Bottom” area in the town of Holland before opening a barbershop adjacent to his home.

James confessed to Christ in his youth and joined with his family at the Corinth Chapel Congregational Christian Church, where he remained a dutiful member and eventually a class leader for many years.

James married the former Clarice Combo in 1955. Into this union, three children were born, James Alquinton, Glenda Yvette and Talmadge Orlando. When the marriage ended in divorce, James and Clarice agreed to the joint rearing of the children. James was a responsible father and proud of the positive role he played in their lives. James was a loving grandfather, a caring brother, a respected uncle, a kind, compassionate and generous neighbor, and friend. James provided loving care and supervision for his widowed father, Lee T., until his death in 1972. He built a home for his family on the family farm. With the exception of an occasional visit to his brother, Bill, in New York, James never spent one night away from his home on Leafwood Road before his health care needs necessitated his relocation to live with his daughter, Glenda, in North Carolina in 2018.

James is predeceased by his parents; his former wife, Clarice; four brothers, Lee Herman (as an infant), Oliver, Ulysses and Waymond. He leaves to cherish his memory his three children, Alquinton, Glenda and Orlando; five grandchildren, Kenneth, Passion, Brandon, Jordan and Kayla; 10 great-grandchildren; two brothers, Alfred aka “Jack” and Lemuel aka “Bill” (Hedy); 13 nieces and nephews, one first cousin, Carol Johnson Blount, and a host of other cousins and friends. James is also deeply mourned by Jacqueline Skeeter, his companion and partner for many years.

A memorial service will be held at 10 a.m. Saturday, Oct. 17, in the R.W. Baker & Co. Funeral Home and Crematory, 509 W. Washington St. Condolences may be registered at RWBakerFH.com.