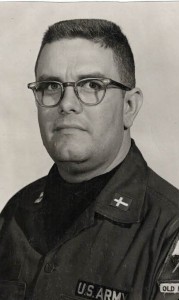 He was born in Richmond and the only child of Allison Herbert Banks and Ruby Lee Pyron Banks. He grew up in Charlotte, N.C. He attended the public schools there, graduating from Thomasboro High School in 1948. After graduation, John worked as a tent boy for Evangelist Oliver Green. Feeling the call to the gospel ministry, he entered Columbia Bible College, Columbia, S.C. where he met Jeanne Johnson from Portsmouth. John graduated in 1952 with a Bachelor of Arts. John and Jeanne wed on Aug. 30, 1952. In September, he entered Erskine Seminary in Due West, S.C. He completed his studies and received his Master of Divinity in 1955 and was licensed and ordained by the First Presbytery of the Associate Reformed Presbyterian Church. From 1955 until 1966, John pastored three ARP Churches in McCormick, S.C., Chester County, S.C., and Little Rock, Ark. In 1966, he answered his country’s call and joined the U.S. Army, becoming the third generation of his family to serve. His assignments took him and his family to Texas, Arizona, Oklahoma, New York, Germany and Washington D.C. He also had assignments in Korea and Vietnam, making nine of his 20 years spent overseas. During his service, John earned a Master of Arts in human relations from the University of Oklahoma and a Master of Arts in sociology from Long Island University. He also had a year of clinical pastoral education at Yale New Haven Hospital in Connecticut. His service decorations included the Bronze Star, The Armed Forces Expeditionary Medal, The Army of Occupation Medal (Berlin), and The Legion of Merit. He retired in 1986 after four remarkable years in West Berlin. Upon retirement, John and his family moved to Augusta, Ga. where he served an ARP Church for more than five years. He retired from the pastoral ministry in 1992 and moved to Suffolk. He supplied the pulpit of several Presbyterian churches in Virginia, including six years at Cape Charles on the Eastern Shore. Moving to Suffolk was John and Jeanne’s 27th move. Having “paid up and prayed up” after 90 years and six months on this earth, he was ready to “go up” for his final move to glory!

He was pre-deceased by his first daughter, Mary Alice. He is survived by the love of his life, Jeanne; five children, John David and wife, Nancy Barton, of Tucson, Ariz., Thaddeus Lee, of Carrollton, Timothy Charles and wife, Sue, of Libertyville, Ill., Sarah Jean Bowen and husband, Paul, of Carrollton, and Deborah Jane, of Suffolk; three grandchildren, Kyle and wife Vanessa, Emily Smith and husband Chris, and Sean; and three great-grandchildren. He leaves a sister, Cynthia Cook and husband, Barry, of Charleston, S.C.; a brother, Cyrus Lemmond and wife, Candi, of Orcas, Wash.; and sister, Paula Chandler and husband, Mike, of Richmond.

Virginia Beach, VA 23456. Inurnment will be during a family service at the Albert G. 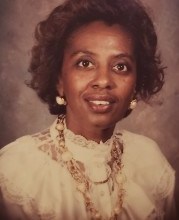