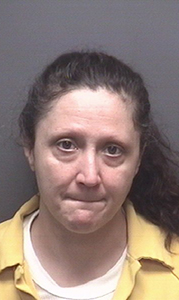 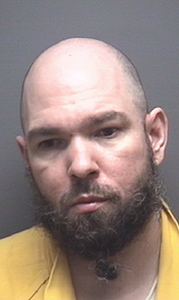 Suffolk Police have arrested a couple on multiple charges, including attempted capital murder, following direct indictments related to incidents that occurred on Dec. 18, 2019.

Jesse Lee Barber, 39, of Poquoson, and April Lynn White, 39, of Dutton, were each arrested Oct. 13, on a total of 18 charges, including attempted capital murder — robbery (2 counts), attempted capital murder — abduction, attempted first degree murder, abduction — extort money or immoral purpose (2 counts), robbery of residence (2 counts), aggravated malicious wounding, strangle another causing wounding or injury, shoot/stab/cut or wound in commission of a felony, credit card theft (4 counts), unlawful use or injury to telephone lines, and destruction of property, according to a city press release.

The alleged incidents occurred during the afternoon of Dec. 18, 2019, at a residence located in the 3200 block of Holland Road owned by the adult female victim. Both of the arrestees were roommates of the victim at the time of the alleged incidents, however, they had been previously advised that they needed to vacate the residence, the press release stated.

On the date in question, the victim arrived home and was allegedly physically attacked and then restrained against her will by both individuals. During the course of the altercation, the victim’s phone was destroyed and a wallet containing credit cards was taken. The couple was picked up from the residence by an acquaintance, and the victim was able to then seek assistance from a neighbor who contacted Suffolk Police.