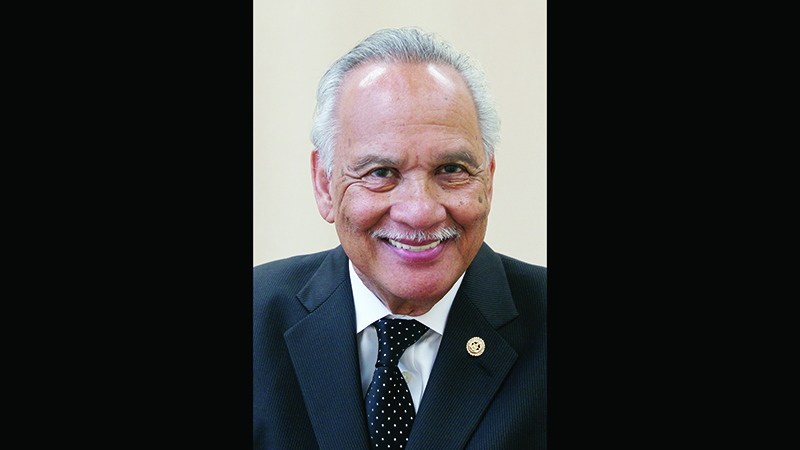 The late Raymond H. “Ray” Boone Sr., founder of the Richmond Free Press, and Jean Patterson Boone, who has been publisher of the weekly newspaper since her husband’s death in 2014, are recipients of the 2020 George Mason Award for outstanding contributions to Virginia journalism.

Since 1964, the Virginia Pro Chapter of the Society of Professional Journalists has presented the George Mason Award to “a journalist or friend of journalism of exceptional character and dedication to the craft.” The award is named for the principal author of the Virginia Declaration of Rights, the model for the Bill of Rights in the U.S. Constitution.

Ray Boone, who began his journalism career as a reporter at the Suffolk News-Herald in his native Suffolk in the late 1950s, founded the Richmond Free Press in 1992, with his wife serving as advertising director.

Boone continued as editor and publisher of the paper until his death from pancreatic cancer six years ago. Since then, Jean Boone has overseen the weekly, which has a circulation of more than 35,000.

During more than half a century in journalism, Ray Boone was editor of the Richmond Afro-American and Planet and vice president of the Afro-American Newspaper Group in Baltimore. He also taught journalism at Howard University and served as a Pulitzer Prize juror.

Under the Boones’ stewardship, the Richmond Free Press has won numerous awards for journalism and advertising from the Virginia Press Association, the National Newspaper Publishers Association and other organizations.

The Boones’ children also work at the newspaper: Regina H. Boone is a nationally known photojournalist, and Raymond H. Boone Jr. is the paper’s vice president for new business development, managing circulation and other operations.

In the nomination for the George Mason Award, Jack White, who has covered the civil rights movement and Black politics for The Washington Post, Time magazine and TheRoot.com, wrote:

“For decades, the name Boone has been synonymous with the best traditions of the American press. First as editor of the Richmond Afro-American and then as editor of the aptly named Richmond Free Press, Ray Boone fearlessly and tirelessly spoke truth to the entrenched powers that be in Virginia and throughout the nation. Ray’s wife Jean was his partner and ally in that relentless crusade and, after his death, she became its unflinching leader. Now their children — Ray Boone Jr. and Regina, one of America’s best photojournalists — are helping to carry the torch as the Free Press pursues its mission of giving voice to the voiceless. I can’t think of a family whose dedication and sacrifice better exemplify the values enshrined in the First Amendment.”

Frances Broaddus-Crutchfield, a retired Richmond journalist and longtime SPJ member, wrote that the late Ray Boone was “a champion for truth, justice, accuracy and correct grammar. He forced journalism to do its job and do it well.”

At its September meeting, the board of directors of the SPJ Virginia Pro Chapter selected Ray and Jean Boone for this year’s George Mason Award.

Because of the COVID-19 pandemic, the board has decided to postpone the award presentation ceremony. The chapter plans to hold the open-to-the-public event in 2021, perhaps in the spring, if restrictions allow.

Previous recipients of the George Mason Award include journalists, educators, attorneys and others who have had lasting impact on Virginia journalism. Ray and Jean Boone are the 55th recipients.