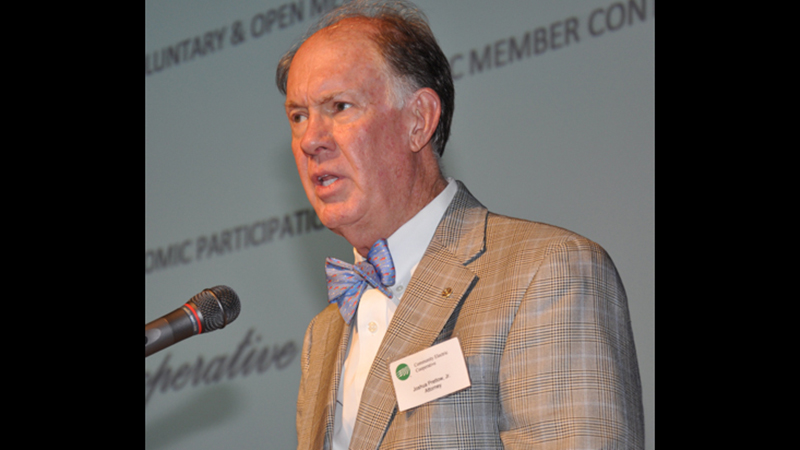 Joshua Pretlow Jr. of Suffolk has accepted an offer to become general counsel for the Virginia, Maryland & Delaware Association of Electric Cooperatives. It was effective July 1.

A lifelong Suffolk resident, Pretlow has practiced law since graduating from the University of Richmond’s T.C. Williams School of Law in 1972. He earned his undergraduate degree there as well.

He has been general counsel for Community Electric Cooperative since 1974, and during his decades of service there, played an integral role as a legal resource to other cooperative attorneys. In 2014, he received the VMD Distinguished Service Award in recognition of his service to other VMD cooperatives, and his impressive record of community involvement.

The position of in-house general counsel was created at the October 2019 meeting of the VMD Association’s board of directors to succeed the decades-long relationship the Association maintained with the firm of LeClairRyan, which has since dissolved.

“We’re pleased to welcome ‘Pret’ to succeed LeClairRyan. He brings a wealth of legal knowledge and experience that will provide significant benefits for our members,” said Richard G. Johnstone Jr., president and chief executive officer of the VMD Association. “His service as general counsel to Community Electric Cooperative for 46 years is among the longest, most distinguished on record for an attorney at any of our 15 member cooperatives.”