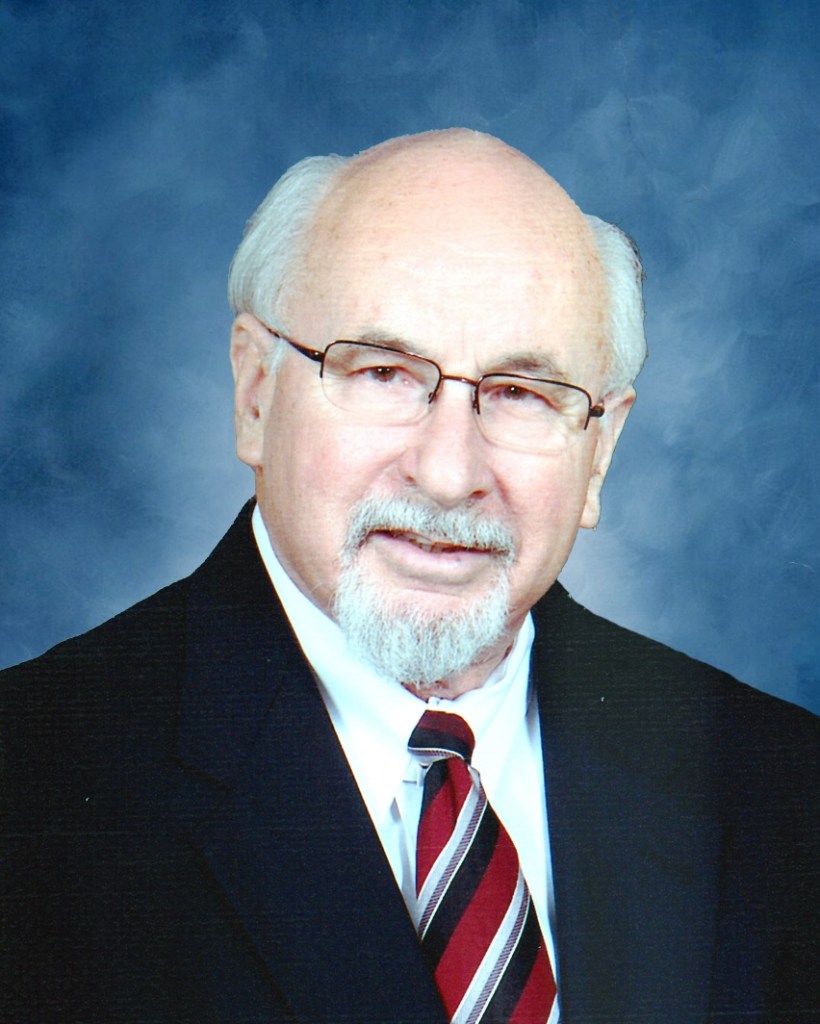 Jim was born in Hutchinson, Kan., in 1939, the second of four children. He and Bob, his brother four years his senior and regular tormentor, were a handful to their parents, Rudy and Eloise. On one occasion, after Bob stacked milk crates up to the power lines and threatened to hang from them, Jim had had enough. As the story goes, Jim began shaking the dubious tower, shouting, “If you’re gonna do it, do it then!” at which point the crates came tumbling to the ground, breaking Bob’s arm in the subsequent fall.

Jim’s sister, Mary Anne, and younger brother, Bill, were spared these grade school shenanigans — and later, stromboli-fueled derring-do — only because of their ages being four and eight years Jim’s junior.

Perhaps a glimpse of his future career and social energy, in high school, Jim ran track, played basketball and managed the football team. He also played trumpet, became president of the student body and achieved his Eagle Scout.

After high school, Jim attended Fort Hays State and graduated from KU in 1960 with a degree in mechanical engineering. While working his way through college, Jim worked in the kitchen of a sorority house and in pea and bean canneries in Oregon and Washington. Jim always swore the only differences between canned peas and beans were the label and the price.

After college, Jim took a job at Westinghouse Electric, and eventually, ended up in Buffalo, N.Y. In the winter of 1960, he fearlessly went out into the 18-degrees-below weather to ski in a foot of fresh snow. On the first trip down the mountain, Jim caught his 7-foot-long ski tip and face planted into a snowbank. As fate would have it, he felt someone pulling on his leg in an attempt to extricate him.

Afterward, he looked up to see a lovely young lady looking down on him. Apparently, a beer was offered and a snow-boot ring proposal made. Jim married Susan Harvey on Sept. 23, 1961.

In March 1984, Jim moved his family to Suffolk, a small farming community of only 45,000 people at the time. His children thought he was crazy, but over the years, the city and Jim’s practice grew exponentially. As a result, his family prospered and he was asked to recruit and train new financial advisors across Virginia and the Northeast.

If you’ve ever dared to load a dishwasher under Jim’s watch — which, inevitably, resulted in him redoing your work — you’d quickly realize he was a master of time management and efficiency. In spite of a demanding business and all his charitable work, Jim and Sue managed to occasionally stop and travel the world. Cruising, especially in Alaska, was their favorite. Over the years, the two took 28 cruises, traveled to Germany, Switzerland and all over the Caribbean, to name a few.

A private family service will be held at 4 p.m. Thursday, Oct. 29, at St. Andrew Presbyterian Church in Suffolk, which will also stream live on the church’s Facebook page. Jim asked to please donate to the Parkinson’s Foundation in lieu of flowers.