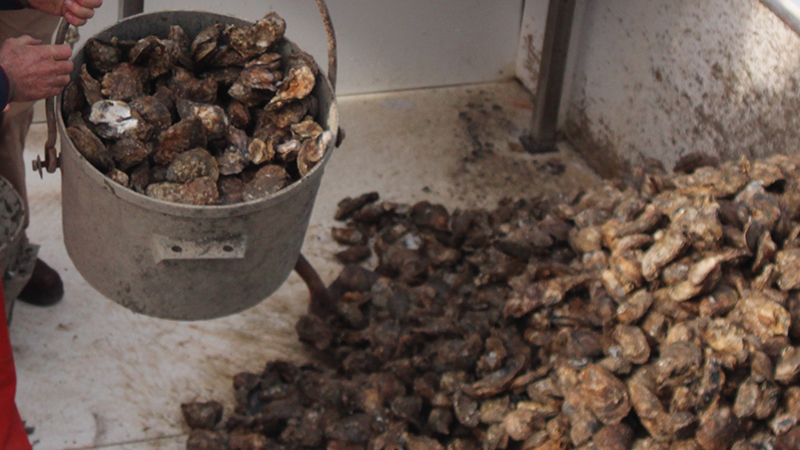 The Virginia Supreme Court has heard the appeal in a lawsuit filed by local oystermen against the city of Suffolk and the Hampton Roads Sanitation District.

The court heard arguments from their respective attorneys Nov. 4, with a decision in the case holding the potential for far-reaching, precedent-setting implications as it merges environmental case law and case law about inverse condemnation — the taking of private property for a public purpose without justly compensating its owner.

The local oystermen alleged that the city allowed untreated stormwater and sewage to be released into the Nansemond River, and by the sanitation district doing the same periodically with untreated sewage, the government took their property in a way that caused the river to become so polluted that they are not able to harvest oysters from the grounds in which they hold leases.

Following a September 2019 hearing in Suffolk Circuit Court, the lawsuit was dismissed, but the oystermen appealed, stating that the trial court was in error, basing its ruling on federal case law interpreting the U.S. Constitution, rather than the state constitution, on which the oystermen’s claims are based. Also, the appeal states the trial court erred in relying on obsolete 1919  caselaw, which predates many of the current environmental laws and regulations.

In the state Supreme Court, Steve Emmert, an attorney representing the oystermen, said the case was one of physical invasion, not a regulatory taking case.

“The argument that the district makes in its brief that we have to show, as a practical matter, a deprivation of all economic use, simply doesn’t apply,” Emmert said. “This is a physical invasion, so one invasion equals one taking.”

Emmert argued that the doctrinal origin of the case dates back 100 years “to the battle days.”

Then, he said, “it was a practical necessity of life that raw sewage would be dumped into our Commonwealth’s rivers,” Emmert said. “As it is, times have changed, but the city and the district, in this case, are still now clinging to a way of life that doesn’t exist anymore. Society has moved on. More important, the law has moved on.”

Emmert said in the 1919 opinion, Darling v. Newport News, the court looked at oyster-bed claims much like the ones stated in the case of the Suffolk oystermen. But in the Darling case, Emmert stated that the claims came from the federal Constitution, specifically, the Fourteenth Amendment and the contract clause in it.

In his petition for appeal filed with the court, Emmert stated that “without engaging in hyperbole, it is accurate to describe the trial court’s ruling in these terms: The city of Suffolk and HRSD are at liberty to pollute the Nansemond River to any degree they wish, and are not answerable for the ensuing damage to private property.”

Emmert cited another opinion from 1932, Commonwealth v. City of Newport News, which he said stated specifically “that pumping raw sewage into natural waterways is a matter involving (public rights).” He said the General Assembly had met nine times between the Darling opinion and the issuing of the Commonwealth v. Newport News opinion 14 years later and had not changed the ruling saying that localities were free to pollute. The General Assembly, Emmert noted, did change the law in 1938 saying the state could no longer use public waterways as a sewer.

Emmert said that “a jury should have been able to hear that because of the gushing of raw sewage over these oyster beds, that the property rights of these oystermen had been taken.”

Ross Greene, an attorney representing the city, disagreed with Emmert’s interpretation of the Darling case.

“I think that is at the core of this particular matter,” Greene said. “The trial court correctly applied Darling here, your honors. If the appellants state a cause of action for inverse condemnation, which we contend that they don’t for various reasons … then that claim is barred by Darling because of the particular facts here.

“This does not involve uplands or dryland, and it’s not that property, generally, as upland property, or subaqueous bottom is somehow different, generically. It’s that the property interest here is distinctly, legally different. These are leased subaqueous bottoms, property of the state  leased to private individuals, the appellants, in derogation of common law.”

Greene said the oystermen do not own a fee simple title, but rather have “a very limited bundle of sticks. Essentially, they only have the ability to use that leased bottom for the propagation of oysters.”

Justice William C. Mims, in a question to Greene, noted that Article XI of the 1971 state constitution “appears to have teeth in terms of both citizens being able to come into court, and in terms of the courts being able to fashion particular remedies.”

Greene said the city’s position is that “changes in the constitution and environmental laws which have reflected changes to make discharges into public waters illegal … seem to defeat a claim for inverse condemnation here.”

Chris Pomeroy, representing HRSD, said that, as at the time of the Darling opinion and now, there has always been pollution that reaches the tidal waters.

“So the issue is not about that progress or the work yet to be done,” Pomeroy said. “Really, in my view, this is a part and parcel of a long-running public policy dispute about the terms on which the Commonwealth chooses to offer leases of its submerged public lands to private parties like the litigants here.

“We’ve understood for over 100 years that those leases come subject to the risk of pollution, and not with a guarantee that the leased area be free from it.”

Pomeroy said the long-running policy issue should be taken up in the General Assembly, but instead, the court has been asked to reinterpret the terms in which the state entered into the leases. He termed that problematic.

He said attorneys for the oystermen have not cited a “clear and explicit statute needed to meet their burden and put their interests over those of the public as a whole.”

However, Emmert said in the case, Town of Cape Charles v. Ballard Bros. Fish Co. from 1959, that “oysters are personal property,” and that the Virginia Supreme Court has ruled they can be condemned, or inversely condemned.

Said Emmert: “When we go to trial in this case, as I earnestly hope we will, the oystermen are going to have to prove the effect on their property, but we have a pretty good indicator of the fact that there has been constitutional damage by the repeated and intermittent closure of the river for harvesting purposes.

“When these things happen, as happened six weeks ago as you saw from the Department of Health orders I sent you, the oystermen went out of business. They’re shut down. And for an extended period of time, they have no income. I think we’ve got a pretty good chance of establishing, based on those closures, the condemnation by the health department, that we have a constitutionally recognizable claim for injury.”