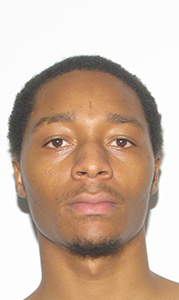 A man wanted in connection with an Oct. 8 shooting inside a fast food restaurant was arrested in Norfolk on Oct. 23, Suffolk Police confirmed Thursday.

Jalil Larshawn Evans, 23, was arrested on outstanding warrants including discharge firearm in occupied building and possession of a firearm by a convicted felon, according to a Suffolk city press release.

The warrants were related to the shooting inside the Taco Bell restaurant in the 1400 block of North Main Street. The shooting was reported at 6:35 p.m. that evening, the news release stated. The suspect reportedly came into the Taco Bell and got into a verbal argument with an employee about an issue not related to the restaurant, then fired a shot and fled the scene.

Evans is currently being held at the Norfolk City Jail, the press release stated. The release also stated Suffolk Police are no longer looking for the other person who accompanied Evans at the time of the shooting.