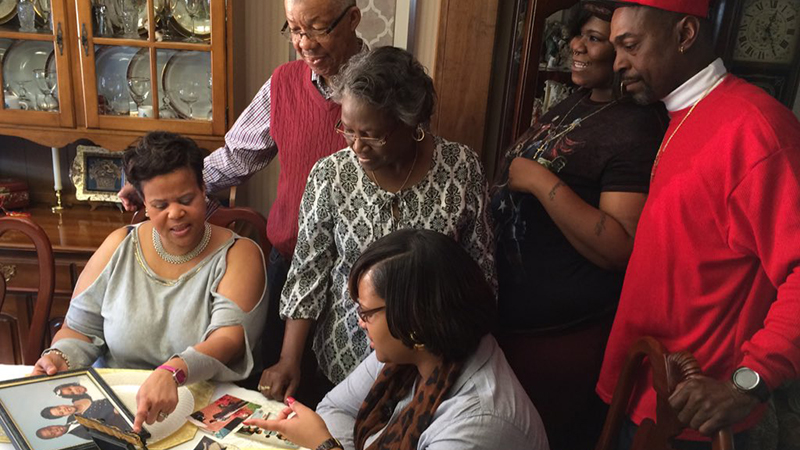 After five long years, Joan Turner is a mother who just wants closure.

At 9:04 p.m. on Nov. 11, 2015, Turner received a phone call that would forever change her life. It was the stepmother of her son’s girlfriend, who was screaming and crying over a phone call she got. Someone who goes by the name Scissors claimed to see Turner’s son, Quantez Russell, shot and unresponsive in Newport News.

The family spent that night and the days to come looking for Russell. No one knew what happened or where he went.

“I know in my gut that my baby is gone,” said Turner. “I had a feeling he would be killed because of his gang activity, but not missing.”

Five years later, the case has made little progress. Turner said the lead detective on the case, Chris Scherer, calls her monthly to give her an update.

In the meantime, Turner hopes to use Russell’s story to bring awareness to the situation and help others avoid the same fate. Turner has a PowerPoint ready to speak to any group of young people that would be willing to host her.

“I knew he was active in a gang by the changes I saw in how he acted towards me,” said Turner. “He was approached at age 13. When I saw the changes, I thought it was him growing up.”

Her activities include a scholarship she started in his name. This scholarship is for $500 for a student from each of the three Suffolk public high schools, since Russell is a graduate from Lakeland. The scholarship requires an essay on how to eradicate gang and youth violence.

To support this scholarship, Turner hosted a Mothers Against Violence luncheon at the Suffolk Shrine Club. With 200 people in attendance, enough money was raised for the three students, but Turner hopes to get enough for four or five eventually.

Virginia has a law that someone must be missing for seven years before they can be declared deceased. Turner wants to hold a memorial service for Quantez eventually. Instead of a gravesite, all the family has now is a sign on White Marsh Road, where the family has adopted the street from Keep America Beautiful.

“The best Christmas present would be to have closure,” said Turner. “I’m trying to stay strong for everyone else, and it’s tough. I know someone in Suffolk knows where he is, and I hope this pierces their heart to call.”

Anyone with information is asked to contact the Crime Line at 1-888-LOCK-U-UP. Tipsters can also submit tips by going to www.p3tips.com or by visiting the Suffolk Police Department website at www.suffolkva.us/spd and looking for the Suffolk Crime Line link. Tipsters never have to give their names or appear in court and may be eligible for a reward of up to $1,000.