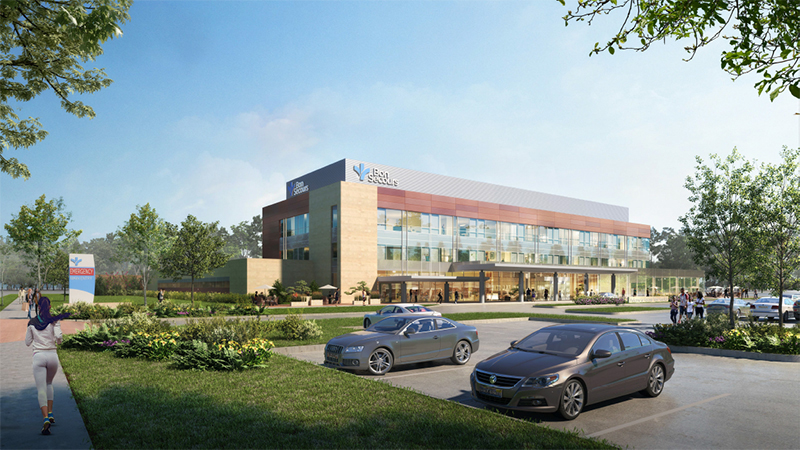 There is no need for a full-fledged hospital in North Suffolk, according to a Virginia Health Department staff report recommending denial of a Bon Secours Hampton Roads Health System plan to expand Harbour View Hospital.

The Division of Certificate of Public Need’s report on the hospital plans to add intermediate-level neonatal services, intensive care services with up to eight beds, and adding up to 16 medical/surgical beds, to give it 54 total beds, “is generally inconsistent with the applicable criteria” of the State Medical Facilities Plan and the eight required considerations of state code.

The report states that the project is premature and that there is “no discernable way” to determine whether Harbour View needs additional medical or surgical beds.

Bon Secours, in a statement racing to the recommended denial of the project, said it was disappointed, but resolute, in getting approval for the more-than-$115 million project. The project costs include the $77 million expansion that received state health department approval nearly two years ago.

Bon Secours filed the Certificate of Public Need July with the state health department requesting an increase in bed capacity at Harbour View Hospital through relocating up to 36 acute care beds from its DePaul Medical Center in Norfolk, including up to 12 obstetrical/gynecological beds and neonatal services. The 18 beds from the original Certificate of Public Need approved in December 2018 will be relocated from its Maryview Medical Center in Portsmouth.

Next up for the proposal is an informal fact-finding conference with the state health department’s adjudication officer in the next several weeks. That’s when the adjudication officer will hear more about Bon Secours’ application and make recommendations to state Health Commissioner Dr. Norman Oliver.

“Bon Secours hopes that the State Health Commissioner will approve the Bon Secours Harbour View Hospital expansion project and anticipates a final decision early next year,” it said in a statement.

The staff report noted that when Bon Secours’ proposal for a short-stay surgical hospital was approved in December 2018, Oliver recognized its unique and innovative nature, and noted that approving its current proposal would be inconsistent with the previous approval.

The Harbour View Hospital project is projected to be 142,194 square feet after adding the newly proposed 67,000 square feet.

Sentara Healthcare was denied a Certificate of Public Need for a new North Suffolk hospital with 24 acute-care beds in 2018, but it did open a $33.5 million, 100,000-plus square-foot expansion and renovation of its BelleHarbour campus outpatient medical center in March 2019.

Besides the expanded 24-hour emergency department, it added an ambulatory surgery center, new observation beds for overnight stays, a new helipad for Nightingale and new office spaces for medical practices.

At the time the BelleHarbour expansion opened, then-Sentara Obici Hospital president Dr. Steve Julian said the next step would be to bring a micro-hospital to that site, which was built hospital ready. The new addition has two additional floors shelled in – 20,000 square feet on each floor to put 20 hospital beds on each floor.

Julian said then that as part of Sentara’s master facilities plan, there could be another four-story building on the BelleHarbour campus with 24 beds per story. At that time, he said he expected to get a Certificate of Public Need from the state health department for the additional hospital beds.

Bon Secours’ certificate of public need request received more than 600 letters of support, and another 189 signatures on a petition in support of the project from city residents, patients at Bon Secours Maryview Hospital and members of the medical community.

The support touted benefits, including Suffolk’s growing population and the need to increase capacity, the importance of having obstetric and neonatal services for those wanting a ‘Bon Secours baby,’ expanded access to inpatient care close to other health care providers and inconvenience in travel to other locations for obstetric care.

The letter of opposition from Sentara Obici Hospital noted the following:

“Bon Secours’ current proposal represents a drastic turnabout that is inconsistent with claims made in the 2018 application. Instead of establishing an innovative short-stay hospital, Bon Secours seeks to build the very type of broader-scope general-purpose acute care hospital for which DCOPN found no need in 2018. Specifically, instead of 18 inpatient beds, Bon Secours proposes a facility with 54 beds, ICU services, OB services and an intermediate-level nursery.”

Sentara’s letter also noted that “reallocating resources, including significant staffing resources, from an existing hospital that serves a large, aging and more financially challenged population – and thus a population more likely to need inpatient care – to a new hospital that will service a less populous area comprised of younger residents disrupts the geographical distribution of inpatient care resources …” in Western Tidewater and south Hampton Roads.

Chesapeake Regional Medical Center’s letter also expressed concerns with Bon Secours’ project, saying there is a surplus of 345 medical/surgical beds and 75 ICU beds in the region, and that Bon Secours has not shown a need for adding ICU services or additional beds at Harbour View Hospital.

Bon Secours, in response, said their project would improve access to existing resources that have been “substantially” underused for years, and even when expanded, “Harbour View Hospital will continue to achieve a 7 percent reduction in the number of medical/surgical beds” in the region. It also said the population in the immediate area around DePaul is not seeking inpatient care there and thus appropriate to move the beds to an area such as western Tidewater where there is a greater need.