Wilroy Road could reopen before Thanksgiving 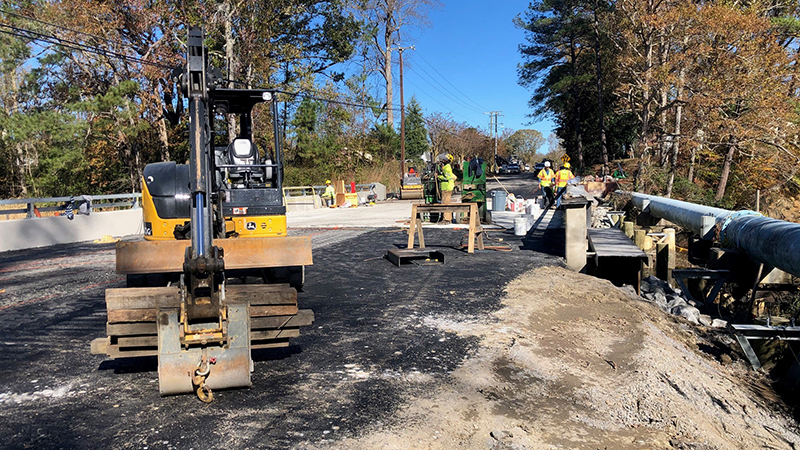 A bridge that has been under construction for four months could reopen on Wednesday. (City of Suffolk Photo)

A bridge on a main thoroughfare in Suffolk that’s been closed since July could reopen in time for the Thanksgiving holiday, the city of Suffolk said on Friday.

“Construction has been extremely complex due to wetlands in the area and an existing above-ground water main and sewer main,” the press release from Klink stated.

In addition, there will be some items to be addressed following the roadway’s reopening, which could result in the need for periodic lane closures and delays for the next several weeks.

Wilroy Road was closed starting July 20 from River Creek Drive to Lassiter Lane. The detour was up to seven miles.