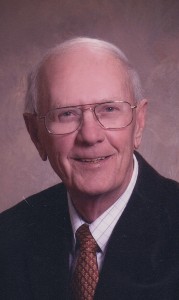 Al, as he was known affectionately by his many friends and family members, was a natural leader whose huge heart, discerning mind and exceptional work ethic inspired the many people he touched, from his doctoral students and co-workers at UVA, to fellow school leaders and educators around the country. A loyal and committed friend, father and husband, Al was known for his even keeled nature, his easy laugh, and his abiding passions for golf and hunting. On a good day, he could be found in a duck blind at dawn, office at 8 a.m., Birdwood by 4 p.m., and with Jane and friends at Vivace’s for dinner enjoying his beloved staple dish, veal marsala. Education conferences far and wide brought a steady stream of new friends and connections and satisfied his insatiable need to teach and learn.

Born on a peanut farm in Carrsville, Va. on Nov. 8, 1941, and a lover of the great outdoors, Al managed the family farm for most of his life. His life’s calling, however, was education. Al served tirelessly in almost every educational role possible. He was an assistant principal at Princess Anne High School, a director of UVA’s Roanoke branch college, a consortium administrator at UVA, an assistant superintendent in Suffolk, and later superintendent of the Franklin City Schools. In 1991 he earned national recognition as the Superintendent of the Year from the State of Virginia. After retiring from the superintendency in 1996, he joined his alma mater, UVA, as Executive Director of the Virginia Association of School Superintendents (VASS) and as a professor in the Curry School of Education, where he served for 16 years. The final position of his distinguished career was as an educational consultant for M.B.Kahn, a construction company specializing in school construction.

Al loved the years he spent coaching his sons in baseball, basketball, and football, and when he wasn’t coaching, he was on the sidelines of every school event and concert. He loved time spent at the beach and adored sailing his catamaran with his sons in the bright waters of Nags Head. He is survived by his loving wife of 52 years, Jane King Butler; his son Rawls and his wife, Daphne; his son, Adam; and his grandchildren Fred, Lucy, Lila, Nelson, Beau and Hudson, all of Nashville, Tenn. He was preceded in death by his father, Alfred Rawls Butler III; his mother, Margaret Shotton Butler; his sister, Margaret Carolyn Butler Witschard; and an infant son, Charles Travis Butler. Al was a member of Beaver Dam Baptist Church, Carrsville, Va. and St. Paul’s Memorial Church at the University of Virginia.

The family is grateful to the nurses and staff at Our Lady of Peace’s Christopher Center, Heartland Hospice, and Common Wise Home Care for helping him through his final days. We are also grateful to Dr. John MacKnight for his excellent care over the past 20 years.

During this time of COVID-19, the family will have a private graveside burial at the family plot at Beaver Dam Baptist Church. Wright Funeral Home in Franklin, Va. will be handling arrangements. In lieu of flowers, the family requests donations in Al’s name be made to charities helping families struggling with the effects of Covid 19. www.wrightfuneralhome.org