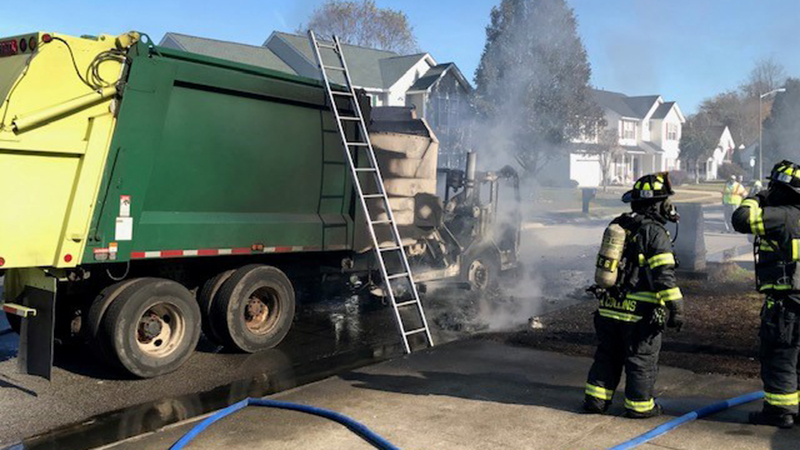 A trash truck was destroyed by fire Tuesday morning. (City of Suffolk Photo)

Firefighters found the truck fully engulfed in flames, according to a city press release. Two passenger vehicles parked in a nearby driveway, as well as an adjacent residence, also sustained heat damage as a result of the fire.

Firefighters extinguished the fire on site, and the truck was transported to the Regional Landfill to offload the remaining debris, where crews ensured it was fully extinguished. There were no injuries.

Suffolk Police provided traffic control and the roadway in the immediate area was closed for an extended period of time during the response.