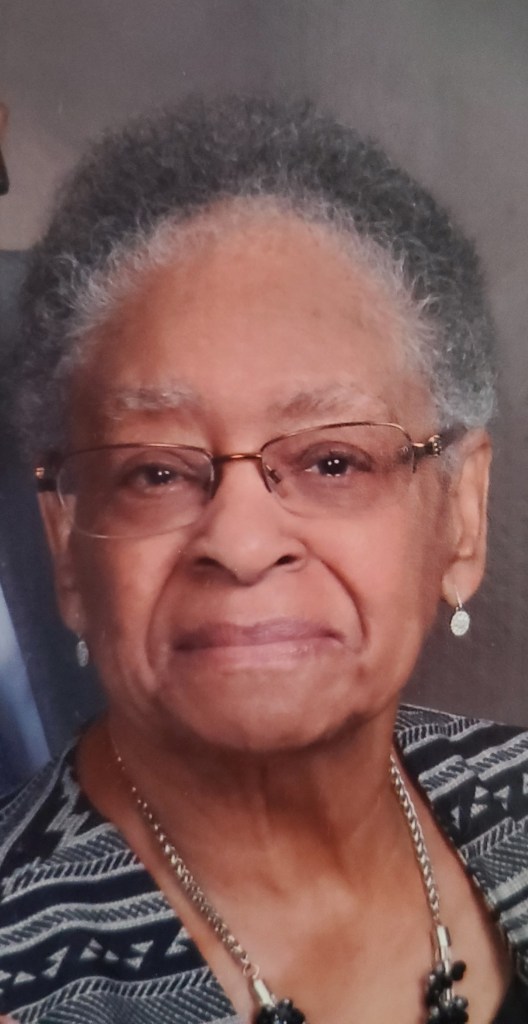 Loretta Hooper Patton, 82, of Suffolk, went to be with the Lord, her son, Antonio “Tony” Dewayne, and her beloved husband, Leon N. Patton Sr., on Dec. 5, 2020. She peacefully transitioned in her home.

Born on July 17, 1938, in Roanoke, Loretta was the baby girl of the late Amy Jane Clark Wooding Hooper and George Hooper, with two sisters and five brothers.

Loretta was a 1956 graduate of Lucy Addison High School in Roanoke. She attended Kate Bitting Nursing School, in Winston-Salem, N.C., until she met Leon. Loretta and Leon were married on April 15, 1960. They were blessed with 55 years as husband and wife.

After moving to Suffolk, and for 11 years, Loretta worked as a stay-at-home mom to their two energetic sons, Leon Jr. “Butch” and Tony. After Butch and Tony were in school, Loretta worked as a teacher’s aide at the former John Randolph Elementary School. In 1974, she joined the Suffolk Police Department as a school guard.

Loretta was a member, financial secretary and former president of the Las Munecas Social Club for many years.

She was a faithful member of East End Baptist Church for more than 55 years.

She is survived by her adoring son, Leon Jr. “Butch,” daughter-in-love since Dec. 8, 1990, Sherry, and granddaughter, the family Angel Princess, Tori, of Fort Washington, Md.; the Sunshine of Her Life, grandsons, Leon III “Trey,” of Santa Clarita, Calif., and grandson, Kyle Antonio, whom she sometimes called Tony, and the Apple of her Eye for the last 18 months, great-granddaughter, Levi Sunset, of Brandywine, Md.; her youngest brother, George Hooper Jr., of Nashville, Tenn.; sister-in-love, Jacqueline Douthit, of Winston-Salem, N.C.; brother-in-love, Wilbert (Jung) Patton, of Tampa, Fla.; and numerous doting and loving nieces and nephews, countless relatives and so many friends who were like family.

A celebration of Loretta’s life will be held at 2 p.m., Monday, Dec. 14, 2020, at East End Baptist Church, 1056 Portsmouth Blvd., Suffolk. Viewing will begin at 1 p.m. Loretta will continue her heavenly rest next to the Love of Her Life, “Lee,” and with their precious, son, Tony, at Carver Memorial Cemetery. The public is welcome to see Loretta from 1 to 5 p.m. Sunday, Dec. 13, 2020, at Crocker Funeral Home, 900 E. Washington St., Suffolk. The family asks that visitors comply with the COVID-19 protective measures that will be in effect at each venue.

As much as they would love to see and hug each person who loved Loretta, the family cannot receive visitors at home. However, they would love to hear from you and for you to share your memories by sending condolences to 2525 Woodland Trail, Suffolk, VA 23434, or at www.crockerfuneralhome.com. As an acknowledgment of Loretta’s more than 55 years as a dedicated member, monetary gifts may be made to East End Baptist Church in her loving memory.