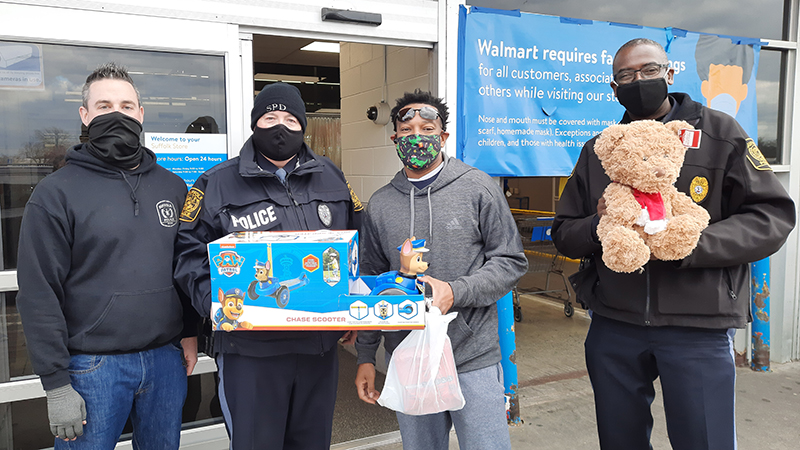 It was a record-breaking year for collections at the Suffolk Police Department’s annual “Stuff the Police Car” event, according to a city press release.

About eight to 10 vehicles were stuffed with items that were provided to Toys for Tots for distribution.

Officers were out at both city Walmart locations on Saturday, Dec. 5, asking for toy donations. Traffic was brisk, and many shoppers emerged from the store with new toys for local youngsters.