Operation Helping Hands has another success 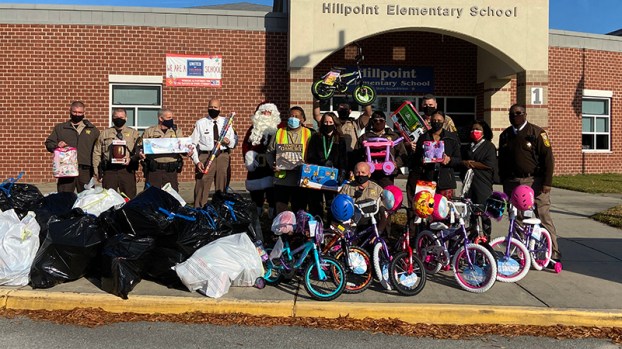 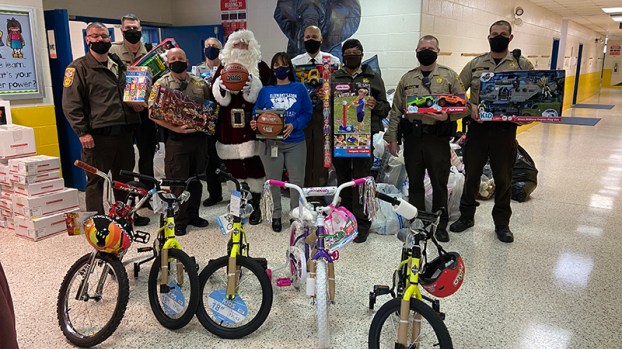 On Dec. 12, members of the Sheriff’s Office stood in front of Walmart on Main Street and College Drive to collect new and unwrapped toys. This toy drive has taken place every year since 2014 to help bring toys to Suffolk students.

“This has been a tough year for a lot of people to work and pay bills,” said Katie Jones, community engagement officer at the Suffolk Sheriff’s Office. “If standing in front of Walmart for a few hours can take some of that stress away, it’s worth every minute of it and then some.”

The Suffolk community showed up that sunny morning to donate bikes, dolls, balls, scooters, blocks, board games and stuffed animals, filling multiple trailers to bring to the schools. The contributions from Walmart on Main Street went to Elephant’s Fork Elementary, and the toys collected from Walmart on College Drive went to Hillpoint Elementary School.

“We are overwhelmed by the generosity of the Suffolk community and grateful because this will be a blessing to our students,” said Kristal Taylor, principal at Hillpoint Elementary School.

An estimate of 2,000 toys were received at the toy drives and donated to the schools on the morning of Dec. 15, with Santa Claus in tow. Along with the toys, Amy Eichelberger, owner of UPS off Centerbrooke Lane, donated enough books for each student at both elementary schools to receive an age-appropriate book.

“This has been our best year,” said Jessica Avery, principal at Elephant’s Fork Elementary, as she looked at the mound of toys unloaded into the hallway. “It looks like we have enough toys for every student in the building. It’s so great to see people so willing to give this year.”

With students not back on campus yet, the distribution of toys will look different this year. Usually, the students are at school to directly receive their gift from Santa Claus himself. This year, the plan is for the toys to be sorted by age groups and delivered to the students by the school buses.

“We are very fortunate this year; people really dug deep and pulled together,” said Jones. “Really goes to show what makes Suffolk different. We pull together when needed to.”