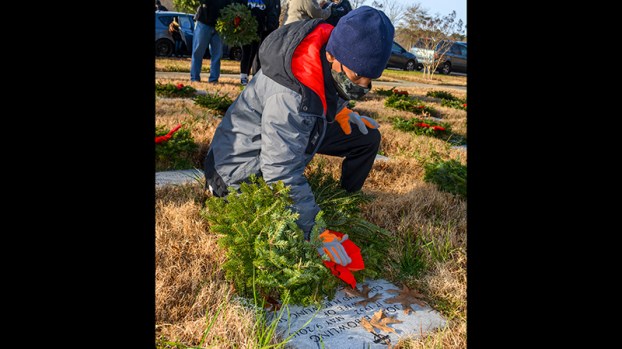 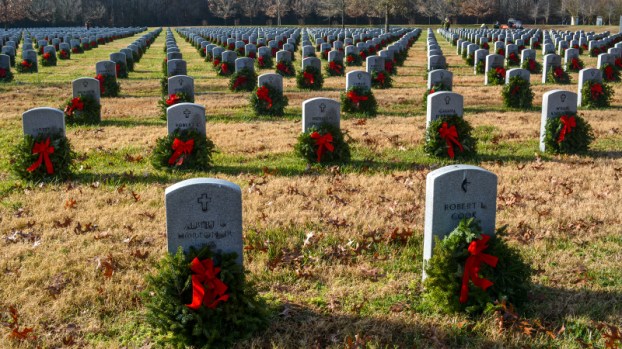 Wreaths of fresh greenery and red bows adorn all of the graves at the Albert G. Horton Jr. Memorial Veterans Cemetery on Saturday. 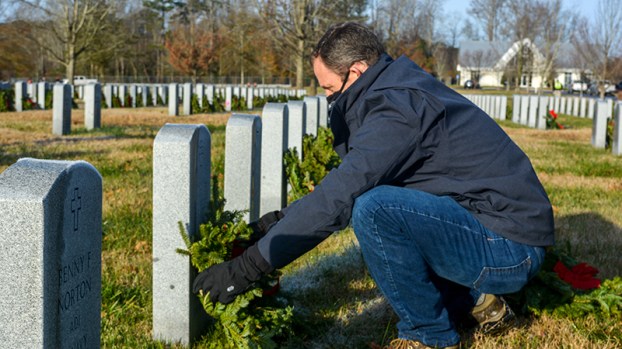 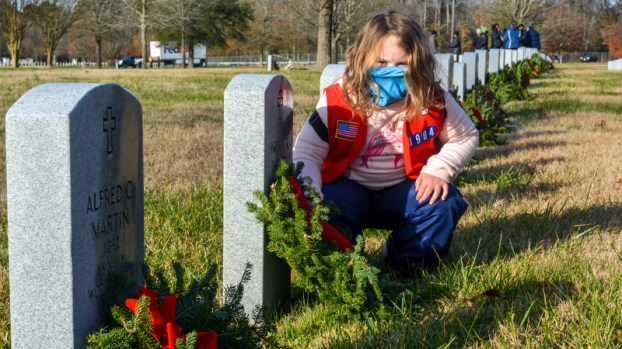 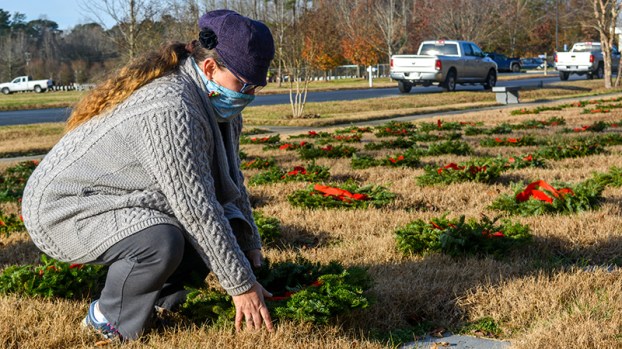 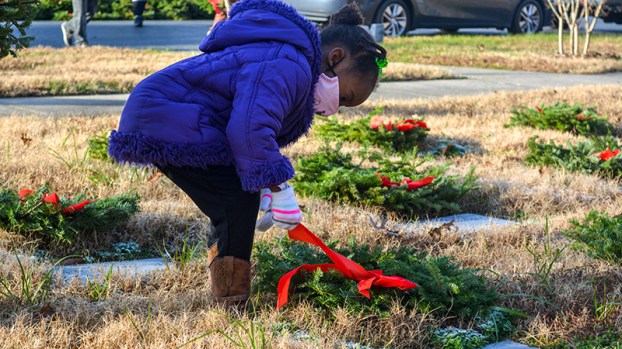 The annual wreath-laying event at the Albert G. Horton Jr. Memorial Veterans Cemetery in Suffolk was considerably smaller than in past years due to COVID-19.

However, every gravesite still was adorned with a wreath of fresh greenery by a small group of volunteers who worked in shifts to avoid too many people being at the cemetery at one time.

Together, the volunteers laid about 10,850 wreaths.

“People have been very patient,” said Gerry Soucheray, first vice president of the Horton Wreath Society. “Everybody has been wearing a mask and has been great in helping us do what we do. We do this every year because of those that have fallen. They’re the ones that allow us to do this. It’s a great feeling to be able to honor them not only during Memorial Day or even Veterans Day, but this is a special event for us. It’s just one more way to memorialize them.”

About 15 members of the family of Richard Haynes, a veteran of both the U.S. Army and the U.S. Air Force, came out to the event.

“We came out today to honor my grandfather,” said Kimberlie Reid. He passed away two years ago. This was the first time that we felt that we were strong enough to come out and give back. We have decided that we’re going to make this our community service project every year as a family.”

The family of Michael Wersosky also came out to place a wreath on his grave. His wife, Cindy, daughter, Christine Duncan, son, Michael Jr., and grandchildren were all in attendance. Wersosky spent 30 years in the U.S. Army.

“It’s just a way to honor our father,” Duncan said. “He was part of the military, and that was very important to him. This year is different, so I’m glad they were still able to make it possible for us to come out and do this.”

Among the participants were several children and their parents from the Troop 1904 of the American Heritage Girls and Trail Life Boys. The troops meet at Southside Vineyard Church in Smithfield.

“It makes me feel good because it allows us to lay the wreaths on the graves of the people whose families can’t make it out and can’t do it themselves,” said Charles Smith, one of the troop members.

His mom, Joey Smith, said it’s important that her children learn about the people who have sacrificed for our country.

“We tried to instill the value of service to the community, but we also want them to have an understanding of who we are as a country,” she said. “And what better way to show them these people did what they did for us.”

She and Jodie Cofield, a father of some of the kids in the troops who also came out Saturday, said the pastor’s wife at Southside Vineyard, Pam Havens, helped organize their involvement.

The volunteers were split into two shifts — Friday from 9 a.m. to 3 p.m. and Saturday starting at 7 a.m. Soucheray said there was such a good turnout on Friday that they had to cut it off to allow Saturday volunteers to place wreaths.

Following the wreath-laying, Wreaths Across America — a separate organization not affiliated with the Horton Wreath Society — held a small ceremony that was streamed virtually.

John Maxwell, commissioner of the Virginia Department of Veterans Services, was in attendance Saturday morning.

“What it shows is the commitment of the community and the Horton Wreath Society and our staff here at the cemetery to be able to show veterans and their families how much we care for them and honor and remember those who have died to serve our country,” he said. “This is always meaningful for the families. It’s a great way to honor those all of our veterans and their family members who are here so they will never be forgotten.”