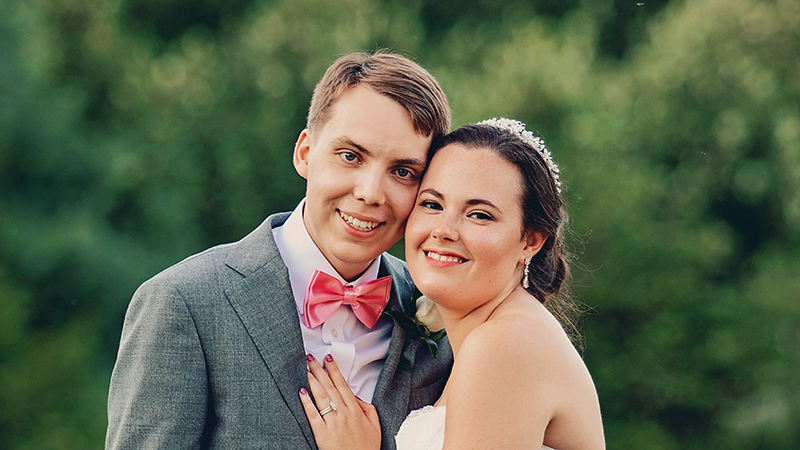 Lewis is the daughter of Rachel and Robert Lewis and the granddaughter of Scott and Joyce Wright and Ben and Carol Lewis.

She graduated in 2014 from Lakeland High School and earned her degree in government and history from the University of Virginia in 2018. She works as a consultant at Guidehouse.

Santa Ana is the son of Dr. Tamara and Steve Santa Ana and the grandson of Guadalupe Santa Ana. He graduated in 2014 from Rockbridge County High School in in 2018 from the University of Virginia with a degree in commerce. He works as a business analyst at Capital One.

The couple were married at the groom’s mother’s home in the mountains of Lexington, and a reception followed on grounds. Dave Norris officiated.

The event was catered by Blue Ridge Cafe & Catering Co of Ruckersville, and flowers were done by Don’s Florist & Gifts, Inc. of Charlottesville. The couple took a short honeymoon to Luray. They will reside in Fairfax.