What she could, she did 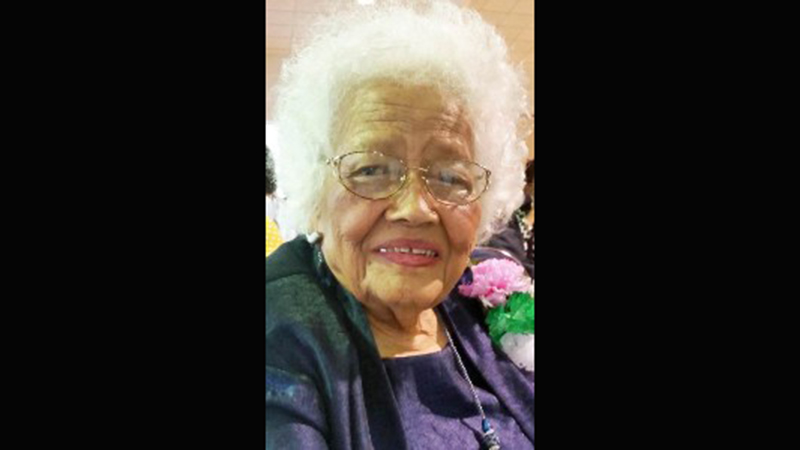 Ruby Walden once said she hoped she had been able to contribute something to help somebody else.

As a community and civil rights activist, Walden, who died Dec. 22 at the age of 99, contributed much to make life better for Black residents of Nansemond County and Suffolk, with a particular focus on education, as she was part of a lawsuit for the equalization of schools in then-Nansemond County in 1951.

“You can look at her life history and see that she was the first to do certain things, but she was the one to start things that were done for the first time,” Stephens said. “And many of those programs and initiatives are still in existence today, but the common theme was education. She wanted to make sure, because she believes that education … is the equalizer. You get an education (and) you can do just about anything.”

Indeed, in her interview with Newby-Alexander, Walden noted that “my father was a very strong advocate for education even though neither one of my parents were educated people.”

Stephens said he would miss their regular, lengthy conversations, the last of which took place a few weeks ago.

“The last conversation that she and I had was about her desire to get this documentary done about the training institute and tell the real story about the educational challenges, particularly in light of discrimination,” Stephens said.

He noted that Walden, the family matriarch, was “adamant about a knowledge-transfer” because younger people don’t know what Black people of her generation had to deal with, and she felt it needed to be documented.

Walden outlined a shorter version of that history in a six-part series for the Suffolk News-Herald in 2019.

Walden was born Oct. 20, 1921, to parents Axium J. Holland and Pearl Langston Holland in southwestern Nansemond County — now Suffolk — about 10 miles from the North Carolina line. Her father was a carpenter and farmer, and he built their 10-room house.

Her grandparents deeded an acre of land for $30 to Nansemond County to put a school on, and the parents of the children built the school and leased the land before the county would provide a teacher there in the two-room school, known as Silver Spring School. It was one of about 32 one- and two-room, and four three- and four-room schools for Black students scattered across Nansemond County, she later found out during the equalization lawsuit.

She went to that school from the first through seventh grade, and then she went to the Nansemond County Training School, which she recalled came from a one-room school called Little Fork School before three or four of those one-room schools came together and made a four-room school around 1923.

Walden attended the Nansemond County Training School beginning in 1934 and graduated in 1938. She recalled the used books — maybe 100 at most, she told Newby-Alexander — coming from the white schools and that their parents had to buy those books from them. Her husband, the late Frank LeGrant Walden, also went to the school and graduated in the same year, and worked for her father on the farm and brick masonry before getting a job at the Navy yard. He would later get called into the Army in 1940 and served four years and five months before they got married in 1946. The two had four children — Janice, Olin Sandra and Pearl — and were married for 57 years before he died in 2003.

She spent her first 20 years of marriage as a stay-at-home mom. Going back to her childhood, Walden recalled going with her mother to the Silver Spring Community Club, and her father was involved with their church, and all of them were “involved in trying to get better schools.”

Just before she got married, Walden was tabbed to serve alongside her father on a committee working on school situations.

As part of her legacy, Walden worked with the Suffolk-Nansemond branch of the NAACP to help start a community center and the Nansemond Community Ballpark. She also helped organize the Holland-Holy-Neck Civic League, helping increase voter participation and helped start a Legal Aid Society in Suffolk.

Walden also worked with the Literacy Council and spoke personally with the Rev. Dr. Martin Luther King Jr. when he visited Suffolk, an event she estimated about 20,000 people attended.

“When he spoke it was like: ‘I know what I’m talking about. I know what you can do. I know what we deserve.’ It was like telling you to be comfortable that this will come to pass,” Walden told Newby-Alexander.

She said her children went through some of the same things she had when they were in school. For Walden, she recalled walking five miles while white children rode the bus throwing things at them.

Issues with her oldest daughter’s fifth-grade teacher forced Walden to pull her out of school for a year to attend a school in North Carolina. For her youngest child, she was pulled out of school for part of the year before she was allowed back. Walden worked with others to have the principal removed before eventually working to get school buses for the children. While the school division told them they couldn’t afford buses for Black children, it did sell the parents two condemned buses, which they used for three school terms before appealing for better buses.

Walden recalled trying to get more buses to handle the overflow of children riding the buses they did have, and at that time was when the parents of the Black children started talking about going to court, and eventually, they decided to file for equalization of schools, working with the NAACP to do so.

In her interview with Newby-Alexander, Walden noted the runaround they got from the county school division to get information about their case.

Walden said it was because of those kinds of issues that it took a number of years to get the case to court. At that point, there was a compromise being worked on, which was to include a new school in place of the Nansemond County Training School along with closing all of the one- and two-room schools, getting enough buses and programs that went with a high school.

The lawyers worked it out that the parents accepted with the school division had promised and they had three years to provide it.

However, just before the three years were up, “integration was the law of the land, so they were torn between integration,” Walden recalled, and they continued with the legal equalization suit.

The parents got a building, but not many of the other things they were promised.

“So, even going to court, it was still a contentious fight to get was supposed to have been in that,” Walden told Newby-Alexander, adding “even through the years up until the last, it was still not all that it should have been. But, in the process of it, it was found that even the white schools didn’t have everything that they should’ve had.”

Walden said that when integration came, that’s where each side turned its attention.

“Because with integration they start, you know, the whole state started out in ‘massive resistance,’ and then it went to ‘freedom of choice,’ and then ‘assignment,’” Walden told Newby-Alexander. “When it got to assignment, my husband and I did not sign that.”

In court in Norfolk, the judge ordered the school division to let Walden’s child and others into school the next day.

Walden stayed active until her husband started slowing down, and they retired in 1978. His health began to decline, and she had withdrawn from some of the things she was working with when he died in 2003.

She attended the Democratic Convention in 1984, and met the Rev. Jesse Jackson, who ran for president.

Stephens noted that people running for office knew to seek Walden’s counsel before doing so. He pointed to a photo on his Facebook page of himself with Walden and Lt. Gov. Justin Fairfax.

“I felt that was such a profound statement to me, because it truly represented and proved her role in the political process,” Stephens said, “not just as a go-to-person, but the fact that she was so effective, and she had so much wisdom that she could share, and would freely share, whether you were a Democrat, Republican, Independent, Libertarian or whatever.”

Outgoing Mayor Linda Johnson, Stephens noted, shared a message about Walden’s significance in a comment underneath the posting of the photo. Johnson remembered sitting in her kitchen and listening to her talk about the city’s past, present and future.

“She was a community leader, a walking encyclopedia of political knowledge, a historian and above all a lady of such wisdom, grace and charm,” Johnson wrote in her post. “She stood for all things right and had no tolerance for injustice of any kind. … Suffolk has lost a powerful yet gentle soul but heaven has gained an angel. Rest In Peace Ruby Walden. Suffolk owes you a debt of gratitude for a life well-lived in service to our city and to all mankind. We should all aspire to follow her lead.”

When reflecting on her own legacy, Walden said that everything touches one another. She said what she’s done “speaks for me.”

“You can’t do one thing and expect other things to take place without you helping to do it,” Walden told Newby-Alexander. “… My slogan is, ‘what I can, I ought to do. With God’s help, I will do.’”