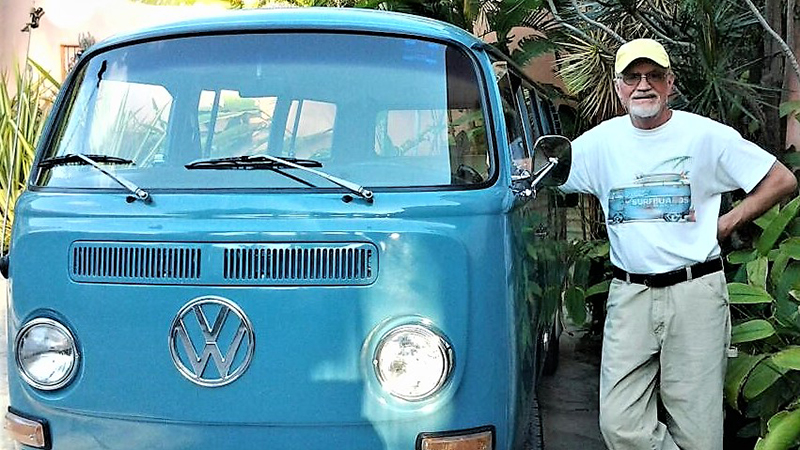 A former Suffolk resident recounts his experiences to assist others who are also trying to navigate life in his books.

Major Thomas Benton Jr. is a Suffolk native who published four new books this year. He took advantage of his new free time due to the COVID-19 shutdown to comb through journals and articles he had written over the years to turn into books.

After serving in Vietnam for 13 months as part of the U.S. Marine Corps, Benton struggles with post-traumatic stress disorder. He has found that his best way to cope is through the arts.

“Writing and painting are cathartic to me,” said Benton. “A great way to get things out is by getting them on paper or canvas. This has always helped me. As bad as this year has been, I have taken advantage of this extra time and made the most out of it.”

The first book he published this year is “Humor in the Writings of Henry David Thoreau.” After serving three years in the Marines, Benton received his master’s degree in American literature from the University of Maine with his thesis about Henry David Thoreau.

“I have followed him all my life, and his words have been very influential to me,” said Benton. “I kept hearing people say, ‘Oh, he’s so boring and has no humor; how can you read that?’ I was like, wait, he has a lot of humor. I went through his top four books and his essays and journals and pulled out his sarcasm and wit for people to see. I have gotten a nice response.”

His second book, “Pieces of my Puzzle, Selected Writings from a Reputable Vagabond,” contains personal journal entries, published and unpublished articles, and other personal memories pieced together in one place. Similarly, his third book, “You Know You Live in Key West When…200 Humorous Sayings about Key West,” puts together personal memories from the decade he spent living in the Florida Keys.

Lastly, “Major Morsels, 550 One-Line Quotes of a Lifetime” is a lifetime collection of quotes Benton has collected over the years. In this book, much like the others, Benton wants to help others by relaying the knowledge he has learned over the years.

“My primary desire is to spread the word about these books in the hope that others who suffer or suffered from PTSD can learn from my experiences,” said Benton. “It’s surely not the money. Any profits that I may earn from these books will be donated to the Dolphin Research Center in the Florida Keys, where I enjoyed an extremely positive and amazing 10-year connection that changed my life for the better. The encounters with dolphins were incredible.”

Today, Benton no longer lives in Suffolk but Ajijic, Mexico. Being in Vietnam trained him that staying in one place for too long is dangerous, he says, so he frequently moves around. He has lived in Key West, New Mexico, the Virgin Islands, Maine, Tennessee and Massachusetts.

To buy one of the four new books from this year, search for “Major T. Benton” on Amazon.