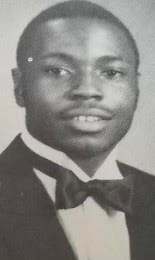 Kenneth Tyrone Sharpe was born in Suffolk on Nov. 9, 1967, to Charles Sharpe and the late Dorothy Anne Parker. Tyrone, as he was called by relatives and friends, was a devoted husband, father, and grandfather. Passionate about cooking, Tyrone worked in the foodservice industry for the majority of his career. This included work at Sentara Obici, in the cafeteria of the hospital for 7 years. Tyrone also served in the United States Army after graduating from John Yeates High School in 1986.

Those close to Tyrone describe him best as a strong but quiet, funny, and no-nonsense man. Some of his favorite pastimes included watching Jeopardy, playing board games with his children and watching television with his grandchildren. Tyrone also enjoyed playing horseshoes and cornhole with his brothers, cousins, and friends.

Tyrone was a hardworking man who loved his family and strived for his children to know the importance of having a strong bond.