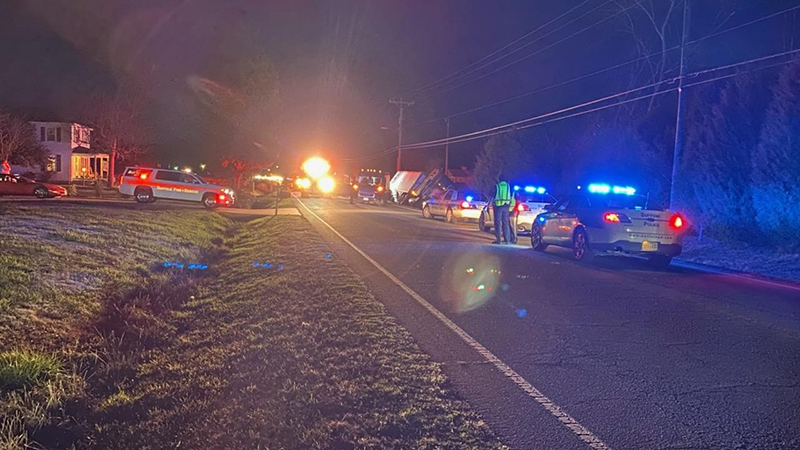 Police and hazmat crews are on the scene of a crash on Whaleyville Boulevard. (City of Suffolk photo)

Suffolk Police and Suffolk Fire & Rescue units are currently on the scene of a two-vehicle accident in the 2500 block of Whaleyville Boulevard.

The accident between an 18-wheeler and an Amazon van was reported at 5:27 p.m., according to a city press release. There were no injuries.

Preliminary investigation found that the vehicles were traveling in the same direction when the accident occurred. The 18-wheeler is on its side in a ditch and is partially blocking the roadway.

There is a diesel fuel spill as a result of the accident, the press release stated. Motorists can expect extended delays in the affected area due to hazmat clean-up efforts and the removal of the involved vehicles.

The investigation into the cause of the accident remains ongoing at this time.