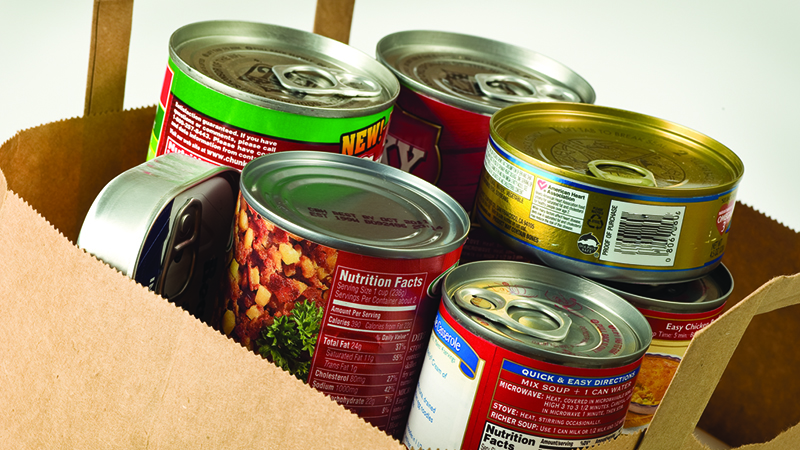 Nearly 22,000 people in Western Tidewater have food insecurity issues, and the Foodbank of Southeastern Virginia and the Eastern Shore wants to help. (File Photo)

Nearly 22,000 people in Western Tidewater have food insecurity issues, and the Foodbank of Southeastern Virginia and the Eastern Shore wants to help.

To that end, it has established a Western Tidewater branch, which on a temporary basis is operating from the Health Food Pantry at Hayden Village Center in Franklin, and has named Clifford Hedgspeth Sr. as the branch manager, reporting to president and CEO Dr. Ruth Jones Nichols. A permanent location for the food pantry, also in Franklin, is expected to open later this year.

The goal is to revive and expand initiatives and target families facing food insecurity in the rural communities of Suffolk and Franklin, along with Isle of Wight, Southampton and Sussex counties.

Hedgspeth comes to this role with experience in leading a food pantry in his roles as the chief ministry officer and REACH Director of Calvary Revival Church in Norfolk. The church is one of the largest partner agencies in the Foodbank’s network. Through this, Hedgspeth was instrumental in the launching of the Healthy Food Pantry Program pilot, which launched at the church in June 2019. He said when it shifted to a mobile pantry operation during the coronavirus pandemic, it saw participation in the program triple — from 200 to 600 households.

“I have such a passion for people who are underserved, not only for hunger, but for the homeless,” Hedgspeth said.

Since then, the Foodbank has expanded the program to locations in Franklin, Suffolk, the Eastern Shore of Virginia, and it plans to open another location in Portsmouth.

The Foodbank received a three-year, $300,000 grant from the Obici Healthcare Foundation for programs throughout Western Tidewater, including the BackPack Program, Mobile Pantry Program, Healthy School Market Program and a Kids Café.

“Moving forward with these programs, we want to make sure they operate out of Western Tidewater and not Norfolk because of the long distance that people have to travel,” Hedgspeth said. “We wanted to get a permanent location right here where the most need was.”

His goal is that by the end of the grant period in February 2022, the Foodbank will be serving 750,000 meals per year in Western Tidewater.

“That’s a pretty good target, but it’s doable because we have some really exciting things coming this way to help us meet those goals,” Hedgspeth said.

Jones Nichols said in a statement that the new position “is critical to our continued commitment to expand services where we have identified our most vulnerable communities and food deserts,” and said Hedgspeth’s knowledge of the Foodbank and its service delivery model is invaluable and supports its mission to eliminate hunger and food insecurity in the region.

The grant funding has also gone toward establishing the Western Tidewater Community Produce Hub, which provides access to fresh fruits and vegetables, meats and shelf-stable items for the region’s residents along with partner agencies.

The produce hub, on a temporary basis, is at the MLK Community Center in a space donated by the city of Franklin’s Parks and Recreation Department. A permanent location is expected to open later this year in Franklin.

While all areas of the region have issues with food insecurity, especially in each locality’s rural areas, Hedgspeth said in Franklin, with just three grocery stores and no public transportation, the issue there is more acute.

“We are strategically trying to put these (food distribution) sites in places where we can get the food to where the people are,” Hedgspeth said.

Having a permanent location in Western Tidewater will allow the Foodbank to serve more people in the region, eliminating the need for food to be picked up by partner agencies or have it delivered from its headquarters in Norfolk.

“With that food being transported like that, you can’t serve as many people,” Hedgspeth said. “So we’ve found that since the pandemic, we’ve been able to serve even more people, because now we can serve them in different ways.”

Besides having a warehouse in Franklin, the Foodbank has bought a bus to help start a free mobile market to get food to people who can’t get to a food pantry and plans to start a regular route for the service.

“We’ll have a regular route, and people can actually shop for a couple of hours,” Hedgspeth said. “No money, but they can get healthy food.”

Hedgspeth, who has been in his role since September, said he put together a 90-day plan to tackle issues of food insecurity in the region, including introducing himself, implementing or reigniting programs and intensifying the effort.

“We have so many other programs that we can do to make a difference in this area,” Hedgspeth said. “Our goal is not just to keep feeding the line. Our goal is to end that line.”

Hedgspeth said that would allow them to take a more holistic approach to the reasons why people have food insecurity — inadequate housing, jobs and nutritional knowledge and a lack of education. He’ll have a regional outreach coordinator to ensure smooth running programs, a driver and then volunteers.