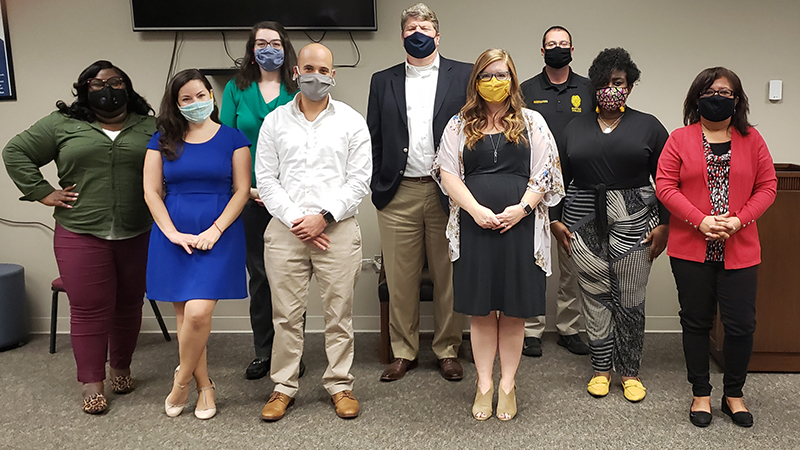 The proposal for a drug court in the Fifth Circuit is moving forward.

The drug court was first approved last spring, when it received unanimous approval from the State Drug Treatment Court Advisory Committee. Local professionals who will comprise the core drug court team have gone through a two-day, intensive training. And the final piece of the funding puzzle came in when the team learned it received a federal grant from the Bureau of Justice Assistance that will supply $330,500 over the next three years to implement and run the drug court. Funding from Suffolk and Isle of Wight County has also come in.

“That grant money is going to come in enormously helpful and make us really able to hit the ground running,” said Elisabeth Culpepper with the Suffolk Public Defender’s Office, who is helping coordinate the effort.

The drug court will start out small, Culpepper said, including about 30 participants throughout the entire circuit at any one time at first. Participants will mostly be those with drug-related probation violations, but there can also be a new drug possession charge or another nonviolent crime, like larceny, related to their drug habit. They cannot be a violent offender or a drug dealer.

Participants will have to be willing to comply with all aspects of the program. They will come to drug court once per week, appear before the same judge each time, and submit to drug testing and treatment, performing community service if they’re able, paying their court costs and completing other aspects of their individualized plan, like pursuing a trade degree or GED. The entire program is anticipated to last about 18 to 24 months for each individual. Ideally, each person will “graduate” from the program, and if they do, they could have a lesser charge or no jail time.

Culpepper said the training the group participated in featured presenters from across the country. “They’re all the best at what they do, whether that’s coordinating the drug court, supervision, treatment, things like that,” she said.

The training was important to help the local professionals start off on the right foot, despite their eagerness to get the program off the ground.

“We have to balance our desire to be open yesterday with the reality that we have to do this right and we want this right,” Culpepper said. “The goal is not drug court for drug court’s sake, but we want the treatment to work.”

Culpepper said drug court could be starting July 1. There will also be a full-time drug court coordinator hired, she said.

“We have a lot of work to do behind the scenes before we get our first participants in,” she said. “We are still working a hundred miles an hour to make sure we are ready to go.”