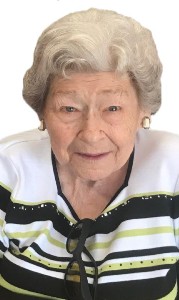 Jean Daughtrey Newton, born Feb.9, 1930, passed away on Tuesday, January 5, 2021, in Newport News. Jean grew up in the Holland/Suffolk area of Virginia where she graduated from Holland High School and attended Chowan College in N.C. She worked over 15 years at Newport News Shipbuilding in Machinery Design until 1966 when she changed careers to become a full-time homemaker and mom.

Jean was definitely a people person. She had a lifetime full of friends and family. She always wanted to hear the latest on what was happening in everyone’s life and would share this information to keep family and friends connected. She was a caregiver, friendly neighbor, babysitter and family matriarch. She absolutely loved catching up with the people in her life. She was frequently referred to as the glue that held the family together. In later years, her son, Billy, became her caregiver until her passing.

Jean had a love for cooking and sharing, it didn’t matter if it was the house painter, auto mechanic, club member, friend, ex-con or family, whoever came between the hours of breakfast and dinner would receive a wonderful home-cooked meal and a goodie bag to take home.

She was blessed to have maintained her physical and mental capacity throughout her life. She was a member of North Riverside Baptist Church. Jean loved her fellow Beta Sigma Phi sorority sisters and was an active member for over 60 years. She and her husband were members of the Colonial Virginia Model A Ford Club.