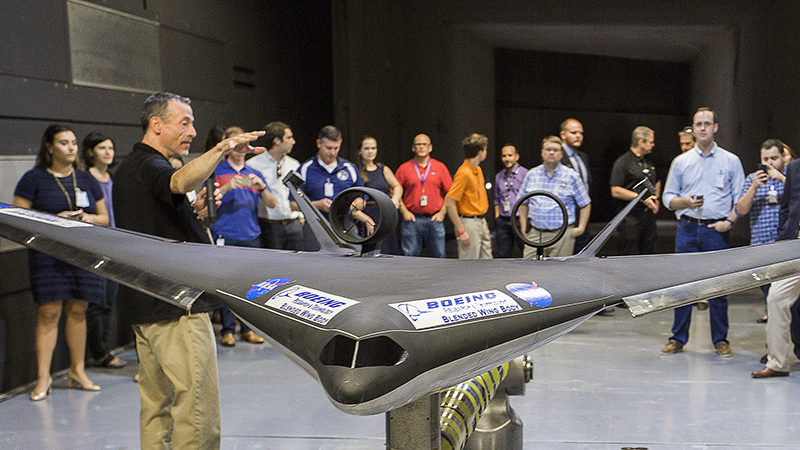 Don Smith works in aerospace and is learning how to live a normal life after receiving new treatment for his hemophilia.

A local rocket scientist was born with a rare disorder and has recently received a new treatment to live a normal life.

Don Smith has lived in the Harbour View area of Suffolk since moving from Oregon in December of 2006. He moved here to work for Jacobs Technology Inc. in Hampton, which does contract work with NASA to test rockets in wind tunnels. Smith oversees the staff and testing of the wind tunnels.

“We test different vehicles in the wind tunnel like airplanes, rocket ships, cars and trucks,” said Smith. “If wind blows on it, then we’ve tested it. We’ve even done buildings, too.”

Smith first became interested in aerospace because his hometown in Wichita, Kan., has a large aerospace industry. He also originally planned to stay close to home despite moving as soon as he received his degree. The aerospace industry also provided a safe environment and good health insurance, which are essential for someone with hemophilia.

Both Smith and his older brother were born with the rare genetic disease of Hemophilia A, which is a rare genetic bleeding disorder where the blood does not clot properly due to missing a specific protein. This may cause longer bleeding after an injury or internal bleeding into the joints or muscles. Even though is is a hereditary disease, Smith and his brother are the first in their family to have it.

“Growing up was interesting,” said Smith. “Being born with it, I have no knowledge of not having it until about a year and a half ago. This new treatment partially increases clotting, so now I’m learning to be normal, and it’s weird.”

Before the new treatment, Smith would have to treat any bleeding after the fact with blood transfusions. Now, with Hemlibra, Smith can treat himself with an insulin-like shot every two weeks that will prevent the bleeding.

“I still have to be careful, but I can learn to be a normal person,” said Smith. “I can’t go riding motorcycles or play football, but that is more of a personal choice.”

Luckily, Smith’s engineering job has not been severely impacted by his hemophilia, which is one reason he chose this field. He said that the main challenge is that he has to go home if he gets hurt to take the treatment shot and then come back. Smith also would have to use crutches to get around his work building due to joint bleeds.

Even though there is no cure for hemophilia, Hemlibra helps Smith be more active and less worried.

“I am very pleased with it,” said Smith. “I’m jealous that kids today have more options than I did growing up.”